Early response to the 2023 Ocean Globe Race, celebrating the 50th anniversary of the first Whitbread Round the World Race has been enthusiastic.

Hundreds of sailors and many yacht clubs have become excited at the prospect of becoming involved, and commitments to enter now outweigh available places with sailors from France, Finland and the UK dominating the list. These include Whitbread veterans like Tracy Edwards who is currently making a global tour with an all-female crew aboard her 1989 Whitbread yacht Maiden. She says of the OGR: “With so many yachts from previous Whitbread races being rescued and restored, as has Maiden of course, it seems only fitting that we should race them around the world again. COUNT US IN!“ 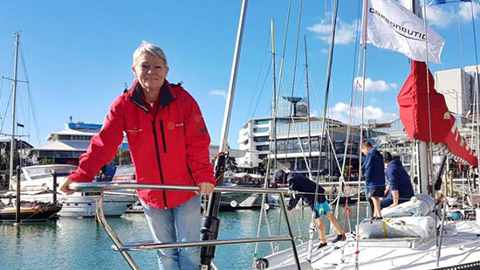 Tracy Edwards aboard  Maiden at the start of the yacht's current world tour with an all-female crew.

Finland’s Tapio Lehtinen, a finisher in the 2018 Golden Globe Race, has entered a Swan 55 in the Adventure Class for production yachts between 47 – 55.25ft. He has just taken ownership of the Olin Stephens designed yawl Galiana, one of two Swan 55s now entered in the OGR, and will set out from Southampton UK bound for Finland at the weekend. First launched in 1970, Galiana is the second of 16 yachts to be built by Nautor to this design, which Tapio describes “As the classiest and most beautiful of the early Swans.”

British yachtsmanAlan Macmillan shares that view. He has entered his cutter rigged Swan 55 Ariana and is about to embark on a round the world cruise in preparation for the 2023 OGR, so here are two contenders who will be battling for line honours in their class

Tapio, who has also re-entered the 2022 Golden Globe Race, sailed in the 1981 Whitbread as watch leader aboard Skopbank of Finland, and is using his OGR programmer to ‘blood’ the next generation of Finnish ocean sailors now graduating through the youth racing classes by introducing them to the Southern Ocean and the global racing scene. This he hopes will secure a continuation of the Finnish round the world sailing legacy, which dates back to the days of the Gustaf Erikson windjammers and the theme of the Ocean Globe clipper route. 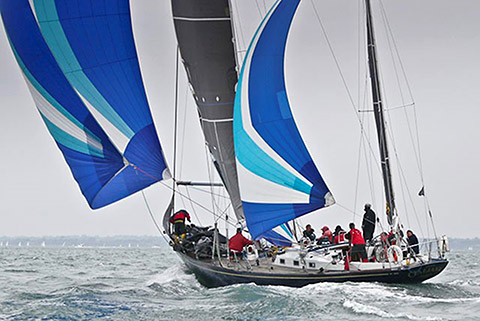 Demand for places in the Sayula Class for prescribed yachts between 57.4 and 65.5ft is equally high with five owners earmarking Swan 65s – sisterships to Sayula II, the original 1973/4 Race winner. One is French entrant Dominique Dubois, owner of the Multiplast Boatyard in Vannes, who previously owned a Swan 65, but sold it a few years ago to buy an ultralight boat to compete in last year’s Route du Rhum solo transatlantic race.

Having built all the Volvo 65’s, giant record setting trimarans like Francis Joyon’s Idec Sport and Thomas Colville’s Sodebo, together with a series of race-winning IMOCA 60’s, Race Chairman Don McIntyre asked Dubois:  "Why do you want to compete in the Ocean Globe Race?"

Dominique’s reply: “It’s a dream! I didn’t imagine I would have this opportunity… until you offered it!“ 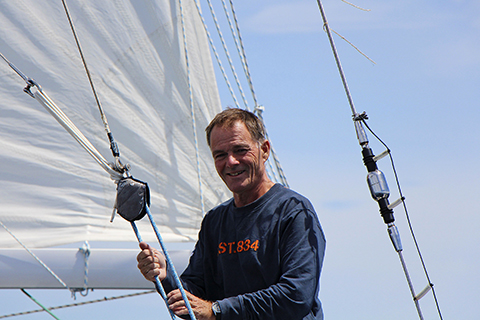 Finland's Tapio Lehtinen who has signed up to compete in both the 2022 Golden Globe Race and the 2023 Ocean Globe Race.

Commenting on the entry list, Don McIntyre says: “Many want to remain confidential at this stage but I can say we now have 12 confirmed entries representing Belgium, Denmark, France, Finland, Scotland, Spain, Sweden, UK and USA with the strongest enquires coming from Finland and France. There is also strong interest from the current owners of Sir Peter Blake’s 1981/2 Whitbread yacht Ceramco NZ and the French Whitbread winning yacht L’Esprit d’Equipe

Celebrating the 50th Anniversary of the first fully crewed 1973 Whitbread Race and sailed in similar yachts with 1970’s equipment including sextants and cassette music tapes, the 2023 OGR gives ordinary sailors the opportunity to race around the Globe for the first time in nearly 30 years.

Starting from a European port on Sept 10th 2023, the 30,000 mile course first stops in Africa before crossing the South Indian Ocean to Australasia and on through the Pacific via Cape Horn to a South American port before heading home. Preliminary discussions are underway with nine potential host ports. 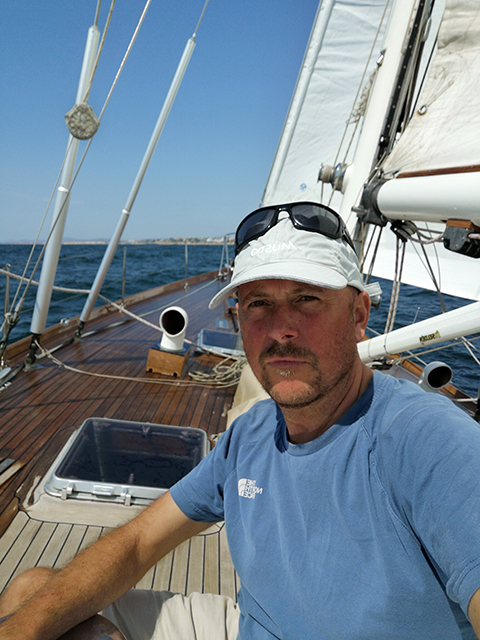 Entries are limited to approved production ocean racing yachts between 47 and 65.5ft designed prior to 1988. There are also 8 places available in a third Flyer Class for yachts that competed in the first three Whitbread races and other production ocean certified sail-training yachts. Tracy Edwards’ Maiden is eligible because the yacht first raced in the 1981/2 Whitbread as Disque D'or.

Many Whitbread veterans have also approached the OGR organisers looking for any opportunity to face those life-changing experiences once again in an honourable and simple race where the challenge is human and the adventure real.

Sir Chay Blyth, who competed in two of the early Whitbread races onboard Great Britain II, and claimed nine of the 12 trophies on offer in the ’73 Race, has also endorsed the OGR: “Delighted to hear that a 50th Anniversary edition of the Whitbread is being launched. The Ocean Globe will be a great adventure as well as a great race for participants. What a great challenge they can set themselves. My congratulations to the Organiser; it is such a bold and exciting move! “

Renowned yachting journalist Bob Fisher who reported on all the Whitbread races, also understands the unique aspects and serious human endeavour of this event. He says: “Of all the challenges this Ocean Globe Race beats all its predecessors, the Whitbread and those that followed in it’s wake” 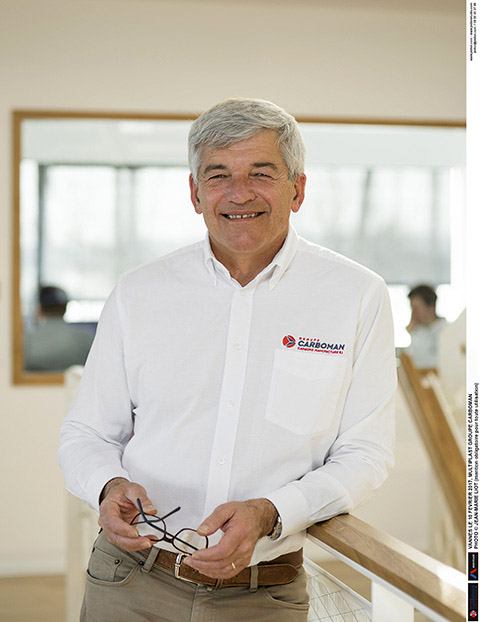 The larger yachts and ex-Whitbread entries use Dyneema/Spectra runners and check stays for safety reasons, as well as halyards. All now approved. Spinnaker snuffers were shown to be available in 1973 and are now approved for safety reasons with amateur crew, even though they were not used in the original Whitbread Race.

Following six months of discussion with builders, surveyors and owners, it has also been shown that each keel is unique with regard to engineering integrity. While the final responsibility rests with the skipper, it is now agreed that the independent qualified surveyor responsible for inspecting an entry prior to the start of the OGR, will consider the yacht’s history and condition before determining if the keel needs to be removed for service.

The use of satellite communications equipment is severely restricted except for safety, and no live video streaming is allowed, but the scheduled once-a-week satellite phone call to race control, now includes delivery of one satellite photo from the yacht.

For the smallest Adventure Class for yachts down to 47ft, the minimum mixed gender crew required has been reduced to six.

Noting the fashionable trend to wear grey, black and other ocean camouflaged foul weather gear, all OGR outer garments must predominantly be of a colour that easily distinguishes with the wearer in the ocean.

The official NOTICE of RACE detailing the start/finish and stopover ports is scheduled for release in late 2020.

King's legend, the Swan 65 that gave Conny van Rietschoten's custom S&S ketch Flyer such a good run during the 1977/8 Whitbread, is for sale. She is  one of only four Nautor sloop rigged Swan 65s built, and now fully refitted, is ready to compete in the 2023 Ocean Globe Race.