The Mexican Oceanic Sailing Team, known as the Mexican Wave, has today announced its intention to compete in The Ocean Race 2021-22 in the VO65 class with its boat Viva Mexico.

The Mexican Wave team has purchased a VO65 class boat and intends to sail it from Lanzarote to Mexico in the coming weeks ahead of a full launch ceremony for the team in Acapulco to be scheduled in the new year. 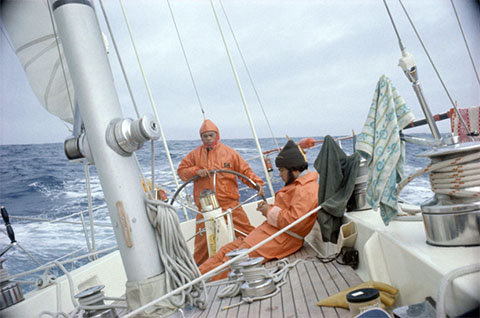 The team is building on an important legacy. In 1973 Ramón Carlin, the skipper of the Mexican sailing team on Sayula II, became the first winner of the Whitbread Round the World Race.

Now, nearly 50 years later, The Mexican Oceanic Sailing Team will surf the waves of their predecessors to compete in The Ocean Race 2021-2022 edition.

The historical connection to the race has inspired the new team.

"Bringing Mexico back to The Ocean Race is our main objective. It is a great responsibility to have one of the most important countries in Latin America to join the race. We hope the Mexican people will be proud to be part of such an iconic, international event," said Erik Brockmann, Sports Director of the Mexican team.

He says the team intends to highlight ocean health issues and inspire the Mexican people to strengthen the domestic sailing community.

After sailing to Acapulco, the Mexican Wave team plans to compete in several races on the west coast in 2020 before sailing back to Europe in preparation for the 2021-22 edition of The Ocean Race.