On the last Vendée Globe raced between 2016 and 2017 women were not represented at all. Now four years later, the 2020 race is shaping up to welcome a record entry of female solo skippers. Six women are currently aiming to be on the starting line on November 8th in Les Sables d’Olonne.

Four of them proved there is strength and depth to this record entry when they raced on the recent Vendée - Arctique - Les Sables d’Olonne. Samantha Davies finished 4th, Clarisse Crémer 12th, Isabelle Joschke 13th, and Miranda Merron was 17th.

'Super Sam', Shows a Spectacular Return to The Front Line 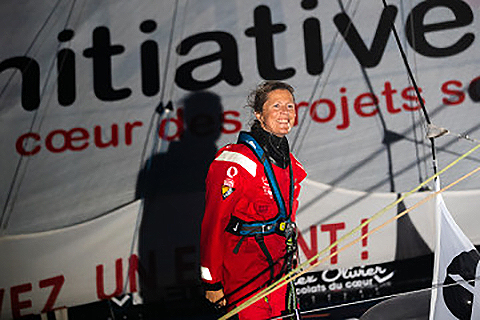 Since Ellen MacArthur was second in 2000-2001, Sam Davies is the only woman to have come close to a podium finish in the Vendée-Globe in 2008-2009 when she was fourth.


Now eleven years later, after retiring in 2012 and missing 2016, the British skipper is back racing solo and has put together a very competitive programme. Recently she has worked closely with Route du Rhum winner Paul Meilhat  - with whom she finished seventh on last year’s Transat Jacques-Vabre - and she continues to show that she can be a threat to the Vendée Globe podium, despite having a slightly older generation but smartly optimised IMOCA in her Initiatives-Coeur. She sailed well throughout the Vendée - Arctique - Les Sables d’Olonne, taking few risks and proving quick all round.


The 45 year old was always in the hunt behind the leading trio of latest generation monohulls. Davies proved hers to be best of the older boats. She kept Kevin Escoffier behind her in fifth, Yannick  Bestaven in sixth and Boris Herrmann, seventh. After the finish she made no secret of her satisfaction.


"I immediately found the right rythm. I was always calm even when the boat was flying and that is a measure of our progress over the past few months. Two years ago, I would have been scared  to be solo under the same conditions ", she admits. “Now it seems normal!” 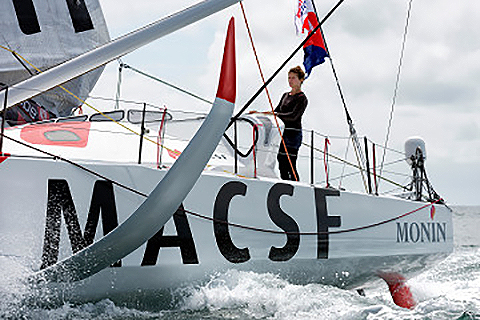 Not far behind friend and rival Davies through the early stages of the race Isabelle Joschke (MACSF) was in the match for a long period. After a week of racing, the Franco-German Joschke was 7th but broke her boom after hitting a wave. But the skipper who cut her teeth on the Figaro circuit and has shown consistent flashes of brilliance in the IMOCA had first and foremost to ensure her qualification for the Vendée Globe by finishing the race.

Without the use of a mainsail she battled on to finish 13th only 18 hours behind the winner Jérémie Beyou. At the finish her feelings were mixed, she was happy for her qualification but disappointed not to have stayed in the heat of the game and finished inside the "top 10".


But, as she said, "I showed the potential is there, it's promising and it’s encouraging. I'm glad I've been able to build some confidence.” 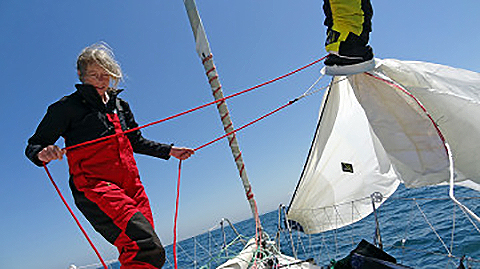 The drive to increase her confidence and her feeling of being at one with her boat were the key things for Clarisse Crémer. The 30-year-old who was actually competing in her first solo race aboard an IMOCA, made no secret of her initial apprehension. "I was really stressed, focused on every single little move," she admitted at the finish. But progressively all the uncertainties and concerns turned into satisfaction and pleasure. And on board her daggerboard boat, Clarisse kept up a very solid pace, remaining in the top 10 for a long time before finishing 12th overall.

Miranda Merron was also content after finishing, sporting a broad smile. Although the Englishwoman completed the race in a modest 17th  place, she was out to refine and practice many of the processes and test her systems for the Vendée Globe, aboard a boat that is nearly 15 years old – launched in 2006 – but well proven after four passages round the world) and perfectly set up. "Despite its speed deficits Campagne de France remains an excellent boat to tackle the Vendée Globe" , confirms Merron.

Merron really focused on communicating her race and her experiences along the way, something all the women are very keen to do by sharing the human adventure and inspiring and motivating others. Samantha Davies wrote her daily messages, Clarisse Crémer continued to send many videos, always suffused with her obvious sense of humour.