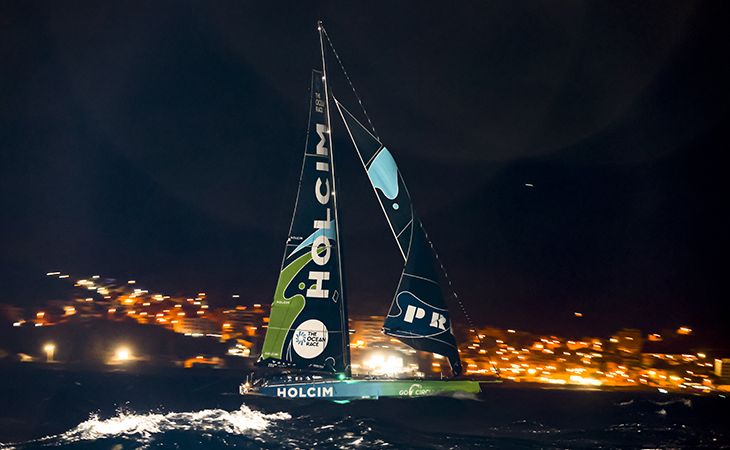 Escoffier and his team led for the majority of Leg One. The winning move came in the midst of an intense tacking duel on the second day and night of the race, with Holcim-PRB and 11th Hour Racing Team zig-zagging their way along the Spanish coast, beating into the teeth of a fierce westerly that had already caused some damage on Holcim-PRB. 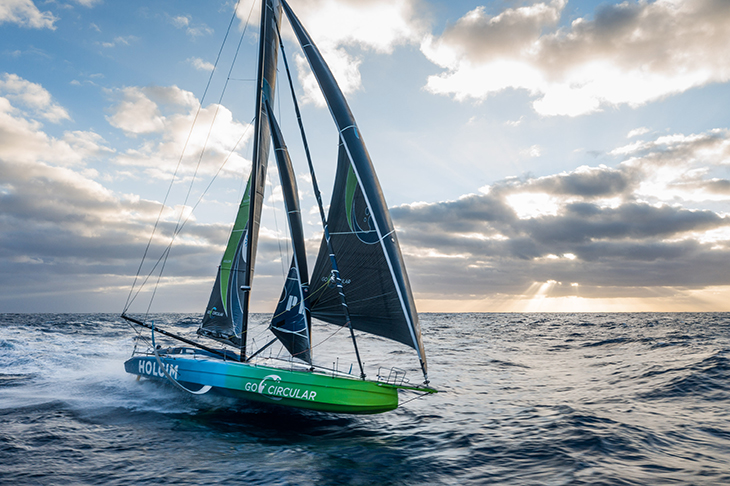 Then, 11th Hour Racing Team reported a torn headsail during one of the manoeuvres that forced them to slow to recover the sail and rig a replacement. That small moment was all Escoffier and his crew needed to make the pass.

As the first boat into the Atlantic, Holcim-PRB was able to leverage that tiny advantage into a lead the team would never relinquish. In the fast downwind sailing conditions towards Cabo Verde, the team was invincible, sailing fast and low. Escoffier kept his boat positioned between the opposition and the finishing line and there was no possibility to pass.

It was a masterful performance after those worrisome first hours in the Mediterranean where the team had to confront damage to their boat.

“The repairs we made have held,” Escoffier said on the last day of the leg. “There are some small details that we will have to review. We will check the boat at the finish, especially the fittings, because of the strong wind conditions we had to deal with in the Mediterranean, but nothing serious. We will have plenty of time to fix everything in Cape Verde.” 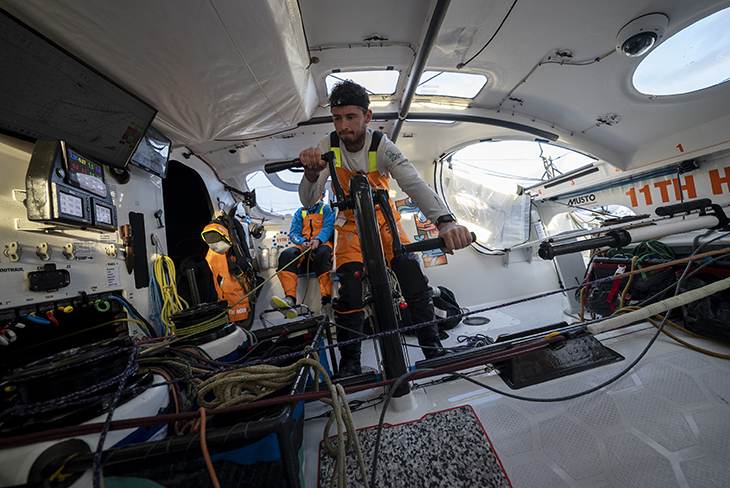 Behind, Charlie Enright and his 11th Hour Racing Team are well-positioned between Team Malizia and the finishing line. There is less than 20 miles between the two boats, certainly under one hour of sailing at these speeds, but with the finish less than three hours away, a second place position for the American team is on the cards.

As the leading VO65s made their gybe to the west to close in towards Cabo Verde, the podium contenders have fallen in line and it’s WindWhisper Racing Team - who have led since the fleet cleared the Strait of Gibraltar - ahead of Team JAJO and Mirpuri Foundation Racing Team.

“We expect to finish in Cabo Verde on Saturday afternoon/evening,” said Team JAJO skipper Jelmer van Beek. “Before the start some veterans of The Ocean Race told me that the finish will come sooner than you expect, and they are fully right! Even without a lot of sleep time flies.

“We found some good breeze and a nice change in wind direction at the African coast. We are now aiming straight for the finish and overtook Mirpuri on the tracker. But a lot of things can still happen in the last 24 hours! So everyone keeps pushing the boat.” 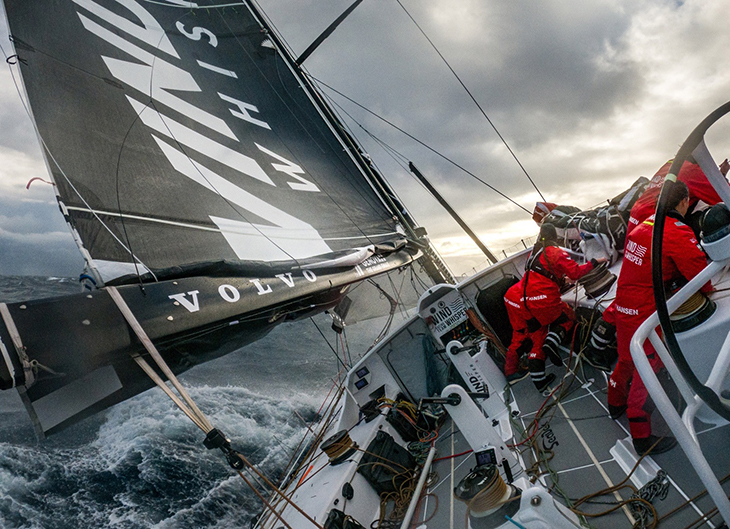 Check in on www.theoceanrace.com and our social channels @theoceanrace for the latest information. The tracker is your best guide to the latest positioning.

With an overnight arrival for the top IMOCAs in strong winds and heavy seas off Mindelo in Cabo Verde, our coverage will focus on dockside interviews and reaction from the teams as they get ashore. 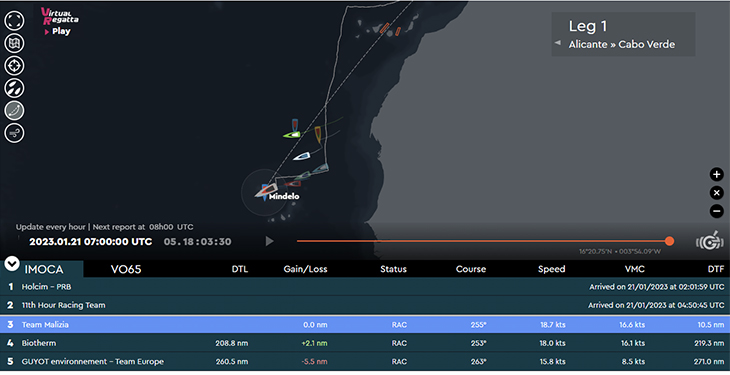 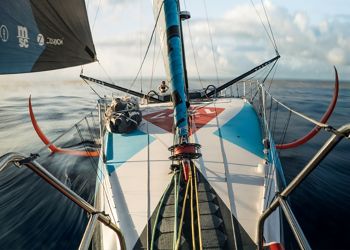 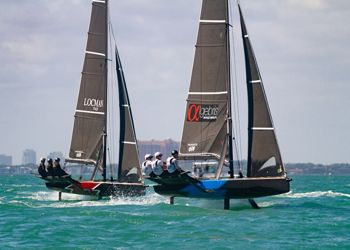 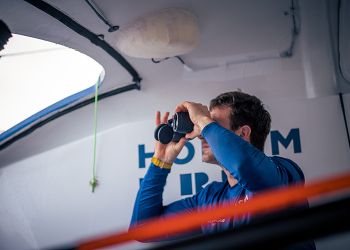 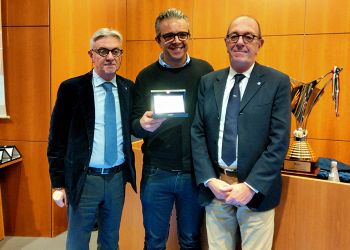 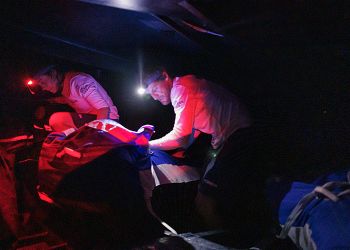 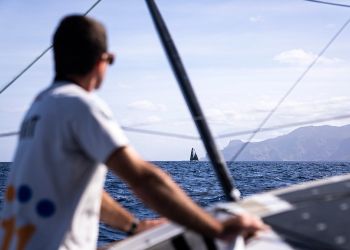 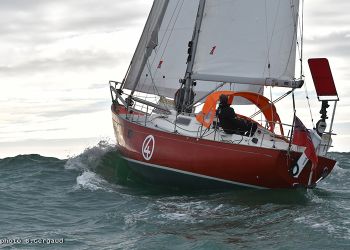 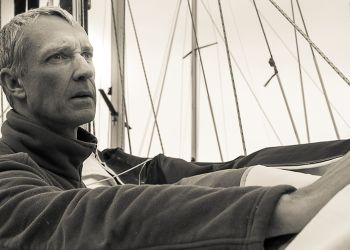 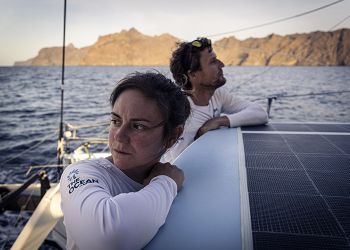