Sport acquatici / The Hague will host The Ocean Race in 2022 The Hague will host The Ocean Race in 2022

The Race first came to The Hague with a ‘pitstop’ on the final leg of the 2014-15 edition. In the last race, The Hague was billed as the Ultimate Destination, and as the finish port it was the scene of the closest finish in Race history, with three teams pushing towards the finishing line on equal points. Dongfeng Racing Team, with local hero Carolijn Brouwer on board, emerged victorious, while Dutch entry Team Brunel secured an overall race podium place.

“It’s fantastic to hear that The Ocean Race will be returning to The Hague,” said Brouwer. “It was a wonderful experience to be able to share our victory in the last Race with so many friends, family and fans and I look forward to competing again when the fleet races into The Hague in 2022.” 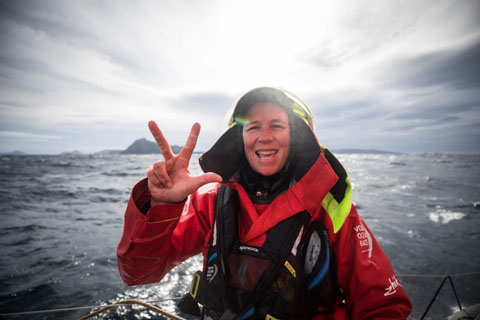 The Netherlands has had a strong presence in the event since the early days of the Whitbread Round the World Race when Connie Van Rietschoten won back to back victories in the 1977-78 and 1981-82 editions of the event. To this day, he is the only skipper to claim two victories in the Race.

More recently, Bouwe Bekking has been a Race stalwart, competing in eight editions, and currently looking to put a campaign together for a ninth attempt.

“Congratulations to The Hague and everyone involved,” Bekking said. “I think the stopover at the finish last time was the best in the entire race and as a sportsperson that kind of enthusiasm is one of the reasons you do the sport.” 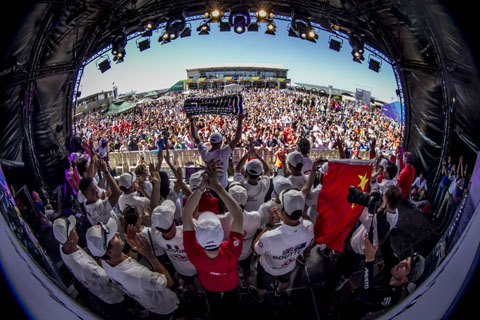 “The Hague has been a very positive experience for all of us as sailors over the past two races,” said veteran offshore racer Chris Nicholson, whose Dutch-based W Ocean Racing is building a campaign for the next race. “As sailors it is especially rewarding to have the public come out and support us the way they do here.”

Deputy Mayor and The Hague's alderman for Economic Affairs and Sport, Richard de Mos, is excited about The Hague again being the host for The Ocean Race: “We’ll let the whole world know The Hague is the place to be if you enjoy sailing. Taking part in this great race for the third time meets our ambition to be the sailing hot spot of Northwestern Europe. Everyone in our city will be able to enjoy this global event: our citizens, entrepreneurs and, of course, hundreds of thousands of visitors. This is a real boost for our local economy as well.”

“It’s great to see this kind of commitment out of The Hague and the government,” said Simeon Tienpont, the skipper of DutchSail, a prospective team in the next race. “Last time was a real spectacle at the finish and it brought a lot of economic value for the entire region. It’s not only about the city but the entire fan base in the country who want the Race to come and it’s more proof that it’s one of the biggest sporting events we have in The Netherlands.”

“The Hague has shown itself to be one of the most popular stops in the Race over the last two editions, with tremendous support during the pitstop in 2015 and again as the finish port in 2018,” agreed Johan Salén, the Managing Director of The Ocean Race.

“We know the fans in The Netherlands love the event and we’re excited to be working again with The Hague to build a tremendous experience for our Race fans, sailors and stakeholders in 2022.” 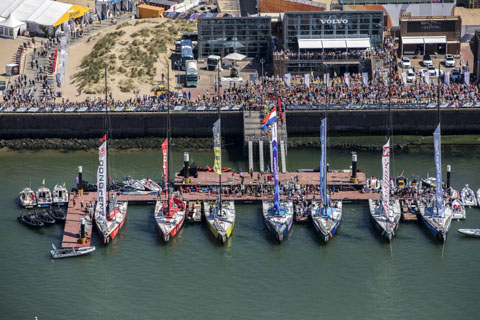 The Host City procurement process for the 2021-22 edition of The Ocean Race is concluding and more venues will be announced in the coming weeks, followed by the full Race Route. The Hague joins the Race’s home port of Alicante, and Danish sailing hotspot Aarhus as confirmed destinations in the next edition.

Attracting more than half of the Imoca fleet that is registered for the Vendée G...

19 of the 33 skippers taking part in the Vendée Globe have been getting together...

Starting the Vendée Globe for his fifth time and as a solo sailor who really has...
^ Torna Su ^
Altri titoli