The most recent edition of the Volvo Ocean Race raised the bar, both on and off the water...

The latest edition of the Volvo Ocean Race, which started in Alicante, Spain in October 2017 and finished in The Hague in the Netherlands in June 2018, will be remembered as the closest in race history, as well as a record-breaking event on many levels.

After racing 45,000 nautical miles around the world, three teams embarked on the final sprint leg to The Hague with an opportunity to claim the title. And it wasn’t until the final moments that skipper Charles Caudrelier’s Dongfeng Race Team emerged as the leader ahead of Team MAPFRE and Team Brunel to grab the top step on the podium. 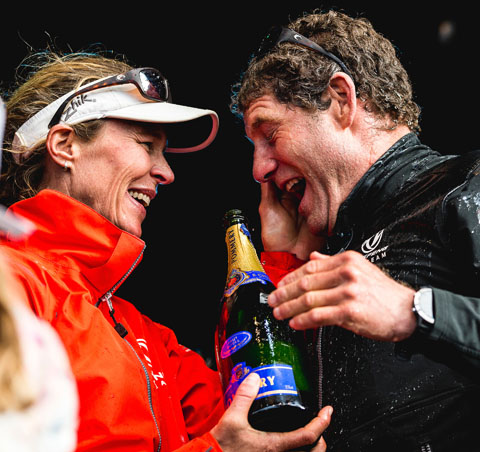 There had never been a race like it over the 45-year life of the race. At the conclusion of 126 days of racing, the winning margin was just 16 minutes.

But apart from the action the water, the 2017-18 edition of the race was setting records elsewhere as well. More than 2.5 million fans attended the race stopovers, putting the Volvo Ocean Race in the top tier of international sporting events, while new marks were set across all aspects of fan engagement and media coverage.

The Volvo Ocean Race 2017-18 also set a new standard for how a major international sporting event could integrate sustainability efforts as a core value. By discouraging single-use plastics in our Race Villages, we avoided the use of over 388,000 plastic bottles. Other Sustainability Programme highlights include:

The 2017-18 edition of the race marked the end of Volvo’s tenure as owners of the event. A new ownership group, led by Richard Brisius and Johan Salén will drive the event forward, with Volvo remaining as a significant commercial partner. 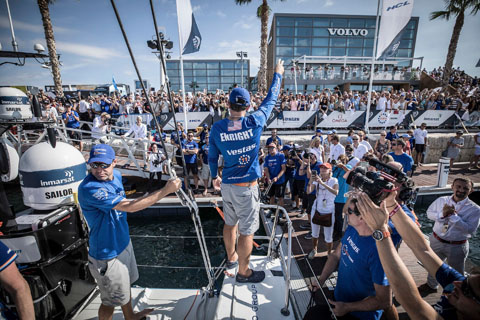 “When we look back at what was achieved in this last race, the bar has been set at a very high level,” Brisius said. “The teams and sailors delivered incredible performances on the water, which led to compelling sport and storytelling.

“There was a forward-looking strategy to shift more of our efforts to digital channels, allowing our fans to engage more easily with our content on the platforms of their choice and this has created real value for our stakeholders.

“We’re also very proud of the results of our sustainability programme, from the Ocean Summits to the education programme and scientific research we were able to facilitate. Looking forward, this will be an area we expand on even more in the next race.”

The 2021-22 edition of the race will start from Alicante, Spain in the autumn of 2021 and finish in Europe in the early summer of 2022, with up to nine stopover ports. The full race route will be confirmed in the summer of next year. 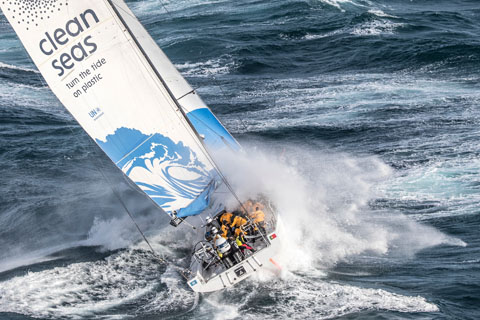 Two classes of boats will compete in the next race, the high-tech, foiling, IMOCA 60s and the one-design VO65s that produced such close racing in the last edition of the race.

“The interest from sailors and teams to compete in the next race is very high,” said Salén. “Adding the IMOCA 60 class to the existing VO65 fleet brings back a design and technology element, which has traditionally been a big part of the race. It adds another layer of complexity to the project, which is interesting for the sailors, designers and engineers, and ultimately for the fans as well.

“We plan to issue the Notice of Race and open the entry period next month and at the same time, we have started the process of identifying host cities for the stopovers. It’s an exciting period for the race and our stakeholders as we look to build on the success of the last event.”

For more information on the commercial results of the 2017-18 Volvo Ocean Race, please contact us at press@volvooceanrace.com.