Meilhat and Cammas set their sights on The Ocean Race

Paul Meilhat, winner of the Route du Rhum and Franck Cammas, a former race winner, are each developing campaigns for the next race in 2021...

Two of the top French sailors have set their sights on the next edition of The Ocean Race.

Paul Meilhat, the winner of the most recent edition of the Route du Rhum and Franck Cammas, the winning skipper of the 2011-12 Volvo Ocean Race, have each told French media they are working on campaigns for the 2021 edition of The Ocean Race. 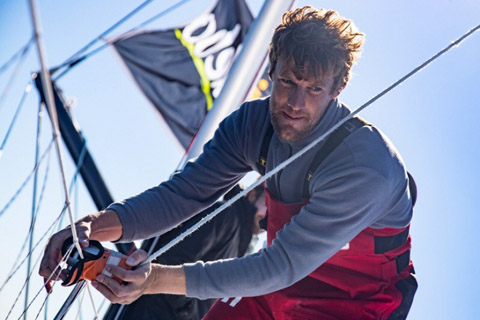 Meilhat, who won the Route du Rhum in November in his final outing with sponsor SMA, is currently leading the 2018-2021 IMOCA rankings. He spent last week in Alicante at The Ocean Race headquarters with his commercial team to firm up his plans.

Meilhat was interviewed in Le Figaro over the weekend and confirmed he has developed a three-race plan, including the Vendée Globe, The Ocean Race and the Route du Rhum, which he says would result in big efficiencies in costs and return to potential backers.

“If we do the two races around the world as well as the Route du Rhum, it is barely more expensive than if we only do the Vendée Globe," he said, noting the three races can be done for 4.5-million euros per year.

Meilhat says he’s excited by the challenge of taking on the fully-crewed race, despite his focus on short-handed sailing in the IMOCA class.

“I love sailing single-handed but racing with crew is in my DNA,” he told Le Figaro.

Similarly, Franck Cammas spoke to the noted French sailing website Tip & Shaft in an interview published on Friday, saying that through his association with Oman Sail, he is working to put together a campaign. 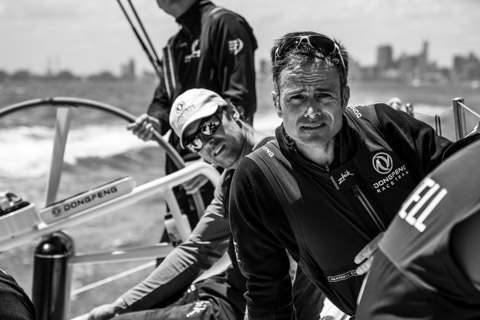 Cammas is well known to fans of the race. He led his Groupama team to victory in the 2011-12 edition of the Volvo Ocean Race, and joined Dongfeng Race Team for Leg 4, from Melbourne to Hong Kong, in the last race.

In December, it was announced he would join Oman Sail to lead its offshore racing and training programmes in 2019.

Now, he has told Tip & Shaft he is convinced a team flying the Oman Sail colours could follow a similar template to what Dongfeng Race Team did in terms of developing offshore sailing talent.

“Today the Omanis have much more experience than the Chinese did when they started (with Dongfeng). There’s no reason why that should not work,” Cammas said.

“There are plenty of things that interest me in the next edition, particularly as there is the return to prototypes (open design)…” he said. “...I’m very excited about the idea of building an excellent IMOCA. The project has been under discussion for six months. We always want things to move faster, but in my mind, the strategy is well defined…

“Looking at the overall situation, we want to get our boat in the water fairly late on to take advantage of what we see going on over the next few months. Then, we’ll make our choices… I’m convinced if we are to win (The Ocean Race), it will be with a specific boat where no compromises have been made. It will be easier to adapt a boat for the Vendée Globe than to move in the opposite direction.”

With the transition from the Volvo Ocean Race to The Ocean Race now complete, race organisers have posted the Notice of Race and teams can now register with race management.

Although Volvo has sold the race to a new ownership group, as a long-time supporter of the event, it remains as a significant commercial partner for the next edition, which will start in Alicante, Spain in the autumn of 2021.