Tonga - 10th July 2019. Following the success of the 2018 Golden Globe Race, the Vendée City of Les Sables d’Olonne and its 3-town Agglomeration have voted unanimously to host the next Golden Globe Race in 2022.

At a meeting on July 5, the City’s leaders also took out options to repeat the event in 2026 and 2030. The next start is scheduled for Sept 4th 2022 preceded by a two week Race Village in the Vendée Globe Marina to celebrate the history of singlehanded sailing.

The Race will once again be run under the auspices of the Royal Nomuka Yacht Club in Tonga. 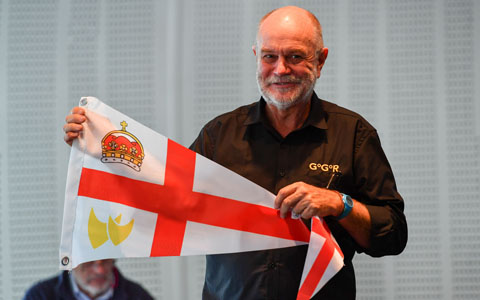 Don McIntyre, the Australian Race Founder and head of the Race Organisation Ocean Frontiers PTY Ltd said today: “We are truly excited about this on-going relationship. The support given by the Les Sables d’Olonne Agglomeration during the 2018/19 Race was strong, professional and based on trust – the perfect foundation for a long term commitment. Les Sables d’Olonne gained significant International brand awareness from the 2018 GGR, and their investment and belief in the retro concept of our race paid off handsomely in terms of destination marketing and visitors to the City.”

Being a retro race celebrating the pioneering spirit of those sailors like Sir Robin Knox-Johnston and Bernard Moitessier who set out to become the first to sail solo non-stop around the Globe back in 1968, the concept of back-to-basic human endeavour in small traditional yachts, fits well alongside the professionally sailed Vendée Globestate-of-the-art flying foilers, Timing of the GGR in 2022/3 fits perfectly in the middle of the Vendée Globe four-year cycle, covers both ends of the spectrum for any audience and gives Les Sables d’Olonne one of the two biggest solo around the world races every two years.

The support package provided by Les Sables d’Olonne will be significantly larger than in 2018. The Village will be bigger, more entertaining and media plans and coverage for the GGR will be upgraded. Sponsor interest in backing the GGR has also increased, with potential partners now knocking on the door. 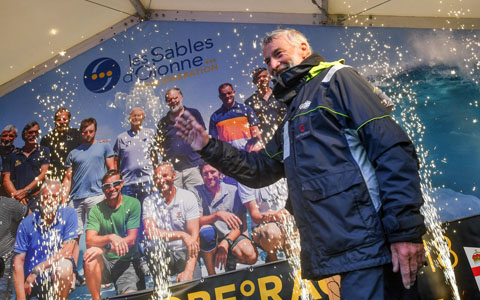 “As organisers it is exciting to have a concrete plan so early, with solid logistic support and technical partners who know the game so well.” Says Don McIntyre, adding: “The French people have a great sense for adventure– And thanks to events like the Golden Globe and Vendée Globe races, social media is spreading this passion like wildfire, inspiring millions more around the world to follow these sailors.”

GGR organisers are inviting sailing ports in the UK to become involved by hosting the 2022 Race fleet for one week from August 8 -14 prior to the start of the SITraN Challenge charity race to Les Sables d’Olonne. “We are hoping a UK port will embrace this opportunity to host the GGR and a small historic fleet of associated yachts and be part of something much bigger.”

Says McIntyre, adding: “It is a great opportunity to celebrate the history of the original Sunday Times Golden Globe Race back in 1968/9 which saw competitors starting from the Channel ports of Cowes, Hamble, Falmouth, Plymouth and Teignmouth. The event is not only a great destination marketing vehicle but an opportunity to entertain and inspire local communities.” 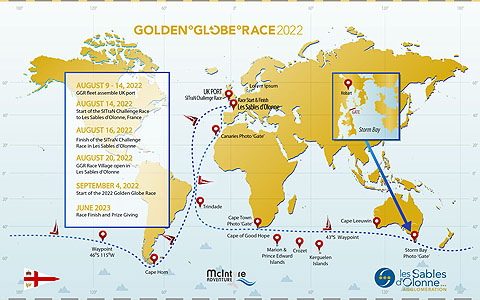 The course for the 2022 Golden Globe Race with the addition of the Island of Trindade as a turning mark, and Cape Town as a second photo gate.

The official GGR 2022 Notice of Race will be released on Sept. 4th 2019, three years before the start. Significant additions to the Rules include the approval of HF radio weather facsimile units that will allow entrants to receive current and future forecast weather maps direct on-board, Sponsor signage allowance on hull has been doubled in size and maximum of two direct sat phone media interviews per week will be allowed.

Entries in the SUHAILI CLASS have been increased from 20 to 23 , with the maximum number of JOSHUA CLASS entries has been dropped from 10 to 7. Full digital (Non GPS) cameras and drones will be allowed and any entrants under 21 years of age at the start of the GGR will have 100% of their entry refunded when they sail past the Canaries film drop. 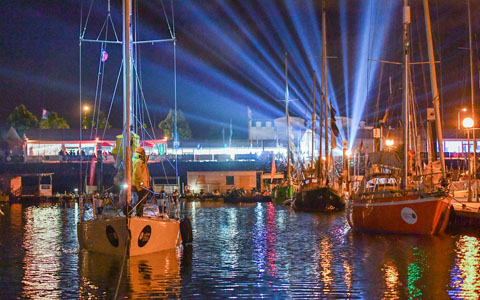 Igor Zaretskiy the last remaining entrant in the 2018 GGR who was forced to stop in Albany Western Australia and has since undergone heart surgery back in his native Russia, is recuperating well and plans to return to his yacht Esmeralda in later October. If everything goes to plan, he will set sail in November in the Chichester Class (for those making one stop) with the aim of returning to Les Sables d’Olonne in the Spring of 2020.

No further news on the salvage of Gregor McGuckin’s Irish yacht Hanley Energy Endurance, but she is still transmitting a tracking signal from her position in the Indian Ocean, with the hope that someone will mount a salvage operation to recoup the barrel of Irish whiskey onboard as well as the boat.