Source: American Magic - New York Yacht Club American Magic, U.S. Challenger for the 36th America’s Cup, today announced that the Port of Pensacola will serve as the team’s winter training base in late 2018 and early 2019. The team was formed in 2017 to win the America’s Cup, the highest prize in sailing and the oldest trophy in international sports.

Until warmer weather returns to the team’s primary training location in Newport, Rhode Island, over a hundred American Magic personnel will sail and support the Mule, the team’s advanced 38-foot test boat, on the sunny waters of Pensacola Bay. American Magic’s presence represents the first time an America’s Cup syndicate has trained on the Gulf Coast of Florida since 1970. 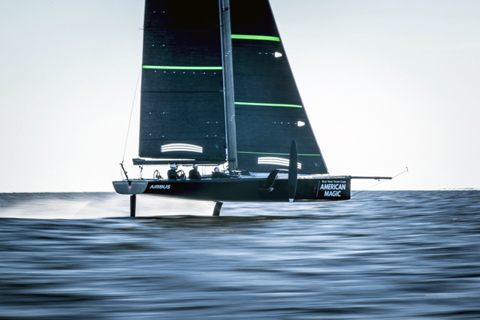 “Pensacola brings a lot to the table for our team,” said Terry Hutchinson (Annapolis, Md.), Skipper and Executive Director of American Magic. “Pensacola will give us consistently good sailing weather, a large and protected flat water training venue, efficient logistics and a welcoming community. The Port of Pensacola has been very accommodating as we set up our base, and really stepped up to create an ideal facility for an America’s Cup team.”

“We’re excited and grateful that Pensacola Yacht Club and the local sailing community have embraced American Magic and extended their hospitality since our first visit,” said Hutchinson, a sixteen-time sailing world champion. “Pensacola Bay is a world-class sailing venue, and hopefully our time here will help raise awareness of just how great it is to race and train in this region of the U.S.”

“Having American Magic training here for the winter not only provides the Port of Pensacola with a unique new customer, but shines a worldwide spotlight on the amazing natural sailing venue that is Pensacola Bay,” said Port Director Amy Miller. “Our hope is that we can work with tourism officials and our local sailing community to leverage this exposure and attract more training and competition venue opportunities in the future.” 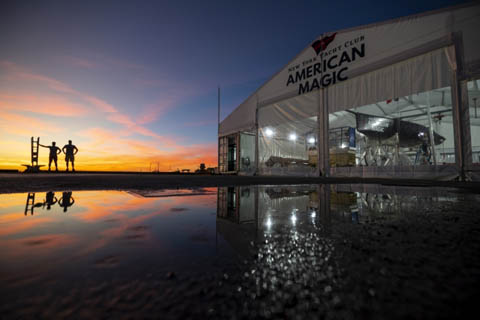 The Port of Pensacola features world-class facilities and a convenient location. Port assets include a wide and deep channel, thousands of feet of dockage, extensive indoor and outdoor storage, direct rail access, a full range of cargo handling equipment and an experienced staff.