DutchSail Skipper Simeon Tienpont and recently announced new Managing Director Eelco Blok have been in Auckland for two days to visit the location of the 36th America’s Cup and to continue laying foundations and logistics of their challenge.

A much-needed step, according to Blok, to meet in person and start interacting with the stakeholders that are working to make the Auckland waterfront ready for the races in 2021.
“We have a big challenge ahead but from what I saw today, at least we don’t have to worry about what’s going on down here! Government and Council are doing a great job and gave us an exceptional welcome. I’m very positive and I’ll go back home even more energized.” said Blok 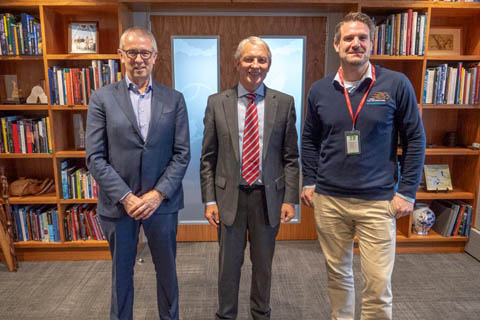 © America's Cup
The Dutch duo visited the home of the America’s Cup, the Royal New Zealand Yacht Squadron where they were welcomed by the Commodore Ian Cook and Vice Commodore Aaron Young and given a tour of the famous yacht club as well as look at the Auld Mug itself.

“I think it’s unbelievable what has been done so far here in Auckland and, looking at the project,  I think it will be amazing what they will establish here. After seeing it with my own eyes I’m even more excited to be part of it.” Said Eelco Blok 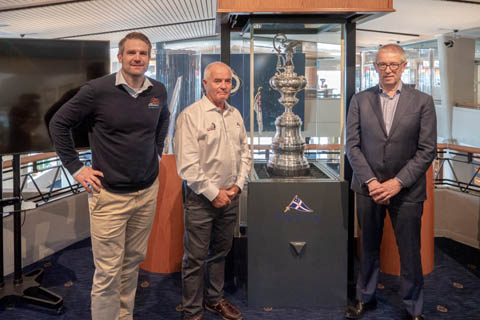 Blok and Tienpont met with Auckland Mayor Phil Goff who welcomed them and their challenge as a great opportunity for Auckland and the event itself.

“It’s always great to come to New Zealand, the welcome is always so amazing and it’s impressive to see how things are moving forward here.” Said Simeon Tienpont. 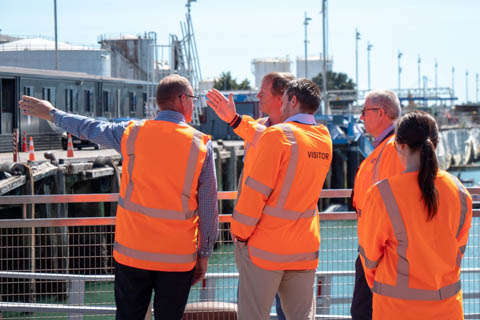 “It’s an extra motivation for us and an important message to bring back home. The DutchSail is a bit of a commando mission and it will be until the end but coming to Auckland and Emirates Team New Zealand as an example really shows that everything is possible.  We strongly believe now is the chance for the Netherlands to get a Dutch challenger on the water for the first time in history.”

Tienpont was in Auckland one year ago, in February 2017,  when his Volvo Ocean Race team he skippered won their first Volvo Ocean leg arriving into Auckland, so he hopes this is a good omen looking forward to February 2021.