The huge wave of enthusiasm for the Vendée Globe during and after the last edition means there are more and more solo skippers intimating their plans to do the next race which will start November 2024.


(This article will be updated as more skippers emerge with solid projects).

They have done it before and already said ‘yes’ to 2024, and have boats.

Fabrice Amedeo - Frustrated by that early retirement in South Africa, journalist turned pro-sailor Amedeo wasted no time in getting back on his mount. He is a major advocate for sustainability and the environment and, through this, he has attracted the support of the Nexans group, a key player in energy transition and sustainable electrification working on a global scale. And so Amedeo plans to set out again on a third Vendée Globe adventure. The skipper wrote recently: “Nexans, one of the world leaders in the manufacture and installation of cable systems, are working with me. Sharing many values ​​related to the protection of the environment, the fight against global warming and the preservation of the oceans, we will work together until the next Vendée Globe in 2024 ". The boat is now called Art & Fenêtres - Nexans.


Romain Attanasio – Speaking in April on episode 32 of Into the Wind, the French podcast of Tip & Shaft, the 14th placed Vendée Globe skipper admitted that he had not yet taken a holiday after the race preferring to go see the partners who had accompanied him to thank them and invite them to continue the adventure. Now a two times finisher Romain seems well set up for the next edition, his partner Sam Davies confirming last week that Attanasio has bought Boris Herrmann’s VPLP/Verdier design that was Malizia. He continues with Best Western® who are signed up to his project for another four years. 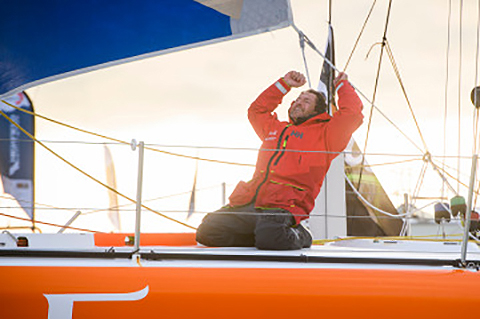 
Arnaud Boissières - On his local TV Vendée recently Arnaud Boissières said he was on the route to his fifth Vendée Globe, “not to just make a fifth, but to be really competitive, and that's why I'm preparing myself right now ". And he is well into it with plans for the next Transat Jacques Vabre, the Route du Rhum and with the fitting of new foils in the middle of the timeline.


Louis Burton - There is no doubt that Louis Burton is clearly set on the 2024 track: the hard driving, talented skipper who was 3rd in the edition which has just finished has already got his hands on the Sam Manuard designed former L'Occitane in Provence, and had the deal done even before the end of the Vendée Globe. Recall that four years ago, he smashed open the transfer window by buying the winning Banque Populaire with Armel Le Cléac’h on board.


Kojiro Shiraishi - The Japanese skipper has already announced his return in 2024 with the same partner, DMG Mori, the same boat and the ambition to make a top 8. We told you about it a few weeks ago: https: //www.vendeeglobe. org / en / news / 22384 / korijo-shiraishi-leaves-for-a-ride

Armel Tripon - The skipper of the first IMOCA scow completed his first Vendée Globe (11th) and he is already aiming for his second edition. With L'Occitaine en Provence sold, In Voiles et Voiliers, the skipper from Nantes told Bruno Ménard that he has not set any limits in terms of a schedule. He wants to build a new scow (boat with rounded bow) and during the construction period to race in the Multi50, the class which he came to the IMOCA from in particular following his victory on the Route du Rhum 2018.

Alan Roura – A twice finisher, like Attanasio and twice youngest in the Vendée Globe, Alan Roura will be 31 years old at the start of the 10th edition. The Swiss skipper wants to return and realize his sporting ambitions while carrying a project with a solid Swiss identity. He confided his objectives to the Swiss newspaper Le Matin. 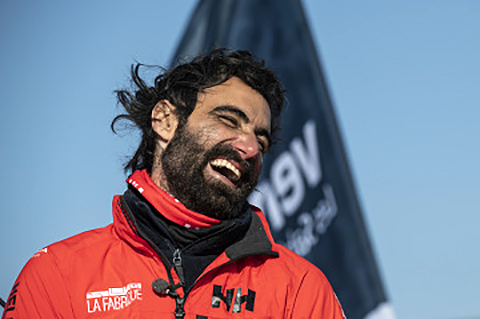 Louis Duc - During the 9th edition, Louis Duc declared his desire to compete and then launched his project for 2024. The Normandy skipper bought the old boat of Clément Giraud, the one which went on fire before the start of the Transat Jacques Vabre 2019 This 2007 Farr design is in the process of being refitted, and it will be propelled by a different financing project, since it will carry the concept of “Your savings around the world”. The different, circular and unifying story is waiting for you and can be found here: www.votre-epargne-autour-du-monde.fr. Please note, you have until May 20 to embark, and already 70 savers, out of the 150 expected, have joined his project!


Antoine Cornic – A skipper from the Ile de Ré who just could not escape the call of the ocean. He who cut his teeth in Mini class flying the colors of the Ile de Ré on the Mini 2017, his third Mini and now sets off for the Vendée Globe 2024. He has already purchased the Owen Clarke designed former Spirit of Canada built for Derek Hatfield (2008-2009) and is actively working on its redesign and compliance.