Carolijn Brouwer, who made history in the 2017-18 edition of The Ocean Race by becoming one of the first female sailors to win the trophy, has been awarded a prestigious award for her impact on the sport.

Every year, the prestigious Magnus Olsson Prize – set up by The Mange Olsson Memorial Foundation in memory of the Swedish sailor so synonymous with The Ocean Race, competing in six editions between 1986 and 2009, winning once, with EF Language in 1997-98 – is awarded to an individual who has made a special contribution to sailing. 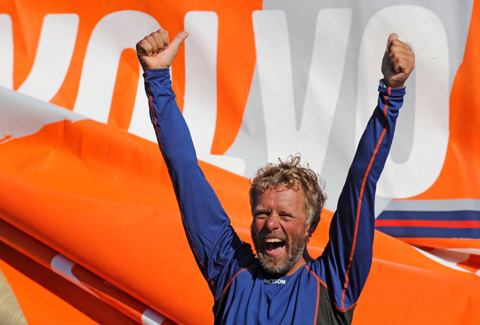 And Brouwer – who won the Race onboard Dongfeng Race Team in 2017-18, a feat she described as ‘a dream come true’ – now joins a long list of sailing icons to be awarded the honour, a year after she was named World Sailor of the Year for the second time in her career.

“Like few other sailors, Carolijn Brouwer has showcased an ability to perform at top-level in several disciplines of the sport of sailing – a sport historically dominated by men,” reads the announcement from the Magnus Olsson Memorial Foundation this week.

“Carolijn has pushed the boundaries and been a true pioneer showcasing how women can race competitively, and win. Her outstanding track-record includes racing in three editions of The Ocean Race and competing in three Olympic Games. Carolijn was also awarded the World Sailor of the Year Award in 1998 and 2018.”

A central part of the Team SCA campain in 2014-15, Carolijn knew Magnus very well – he was Team Coach on the pioneering SCA project, the first all-female campaign in the Race in 12 years. 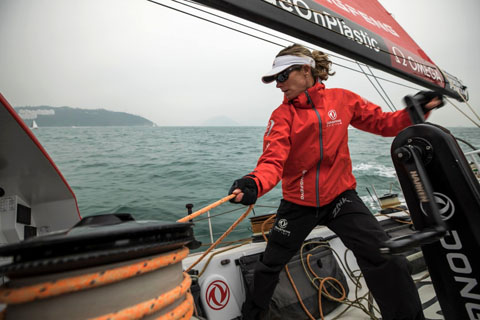 “It’s an honour to be awarded this prize and counted amongst sailing legends and The Ocean Race winners – it’s hugely inspirational,” said Carolijn.

“Myself and the whole Team SCA had a special connection with Mange – I think everyone who knew him would say the same thing – and the first thing everyone talks about is his smile. The endless smile that he had on his face, his love for sailing and life in general, and his determination to never give up was infectious.

Brouwer explained that Olsson’s encouragement and belief played a huge role in not just the success of the SCA project, but her historic Race win the following edition.

“The lessons I learned from Mange have shaped me into the sailor and the person that I am today. His values will keep guiding me through the rest of my life. I have Mange to thank for the start of my offshore sailing, but also for the win in the last edition of The Ocean Race with Dongfeng.” 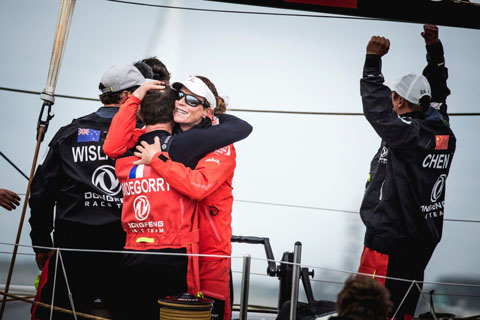 She added: “I know that Magnus would be hugely proud of me becoming one of the first women to win The Ocean Race – it’s thanks to him that I had that opportunity. Team SCA was the first all-female project in 12 years, and the mixed rule in the 2017-18 edition would never have happened if it wasn’t for the SCA campaign. Magnus played a key part in that, and there are many women in our sport that have him to thank for helping them to get to where they are now in their sailing careers.”

When Magnus sadly passed away aged 64 in 2013, the Foundation was created to continue the essence of his enthusiasm, passion and determination that he brought to sailing. The Foundation aims to inspire and support young sailors in Sweden, as well as reward international sailors who develop the sport at both a human and a competitive level.

Save the date: da aprile a ottobre la vela daltura a Caorle

- New H60 is the next step forward for Hylas Yachts in the performance cruiser market ...