Fridays For Future leader Francesca Ghio calls out to the audience with an impassioned speech at The Ocean Race Summit in Genoa on 20 September.

The Ocean Race Summits, delivered in partnership with 11th Hour Racing and Bluewater, are all about bringing passionate people together to create an impact and drive change – leaders and decision-makers from sport, business, science, politics and the arts. 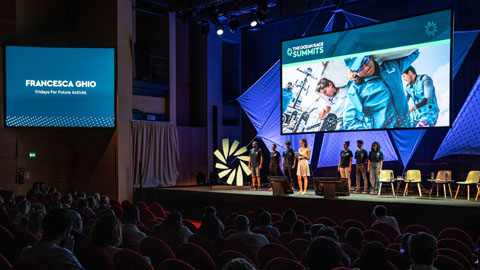 So, when The Ocean Race rolled into Genoa, Italy, an historic maritime city, it was only natural that the local Fridays For Future group was welcomed as special guests to become Youth Motivators and deliver an important message to the attendees in the room, and live viewers around the world.

A global network of passionate environmentalists, Fridays For Future is a movement bringing together likeminded people to raise awareness of the growing crisis facing our planet with a loud and clear collective voice. 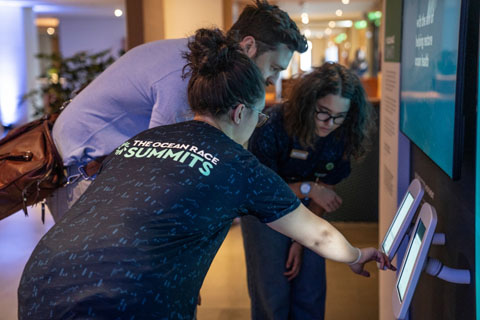 And the Fridays For Future Genoa group has taken the torch locally to create an impact within Italy – and beyond. Through local outreach and activism, including striking every Friday, these young activists are showing their determination in achieving their goal.

At The Ocean Race Summit in Genoa, they were given the opportunity to meet international leaders – all passionate about ocean health – and share their urgent message among the influential speakers and guests attending. 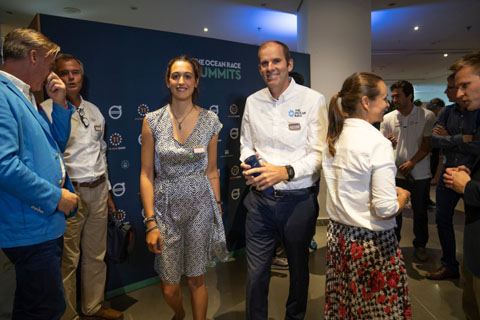 The Ocean Race is a powerful platform to raise awareness and drive action around these important issues facing our planet, and with the Race returning to Genoa at the end of the 2021-22 edition, there is a unique opportunity to deliver a lasting and tangible legacy.

Growing up in Genoa, a city with the ocean at its heart, the issue of plastic pollution has become a sad reality for Francesca and her friends – and to see a prestigious event such as The Ocean Race Summit in town is encouraging.

“I was inspired to spread the word, to let people know what’s going to happen to our planet and ask them to take action immediately,” says Youth Motivator Tiziano Meola. 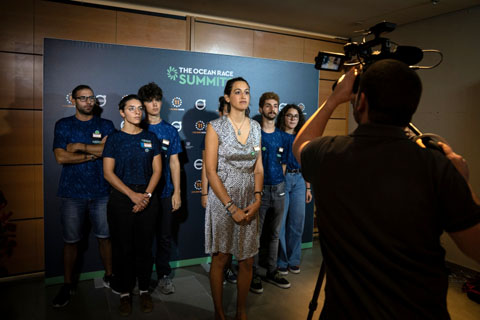 The Youth Motivators engaged with guests, and even showed them how to use elements in the venue such as the Positive Wall, where attendees could make their own pledges.Tiziano also took the opportunity to interact with a few of the speakers at the Summit – including The Ocean Race sailors Mark Towill and Francesca Clapcich – and his impression of the speakers and their knowledgable insights was positive.

“My favourites were Alex (Bellini, explorer) and Angela (Wiebeck, UBS), they were the most inspiring and funny. However, all of the speakers were confident and knew what they were talking about,” Tiziano said after the Summit.

Tiziano used his all access pass to grab insights from Ocean Race sailors who have seen plastic pollution first hand, racing around the planet.

"For me, the ocean means freedom. I was born in a place surrounded by the sea, it's where I grew up, and it's where I'm always happiest to come back," said Francesca Clapcich, who raced on Turn the Tide on Plastic in 2017-18.

Mark Towill, who is currently leading 11th Hour Racing Team in its quest to make the 2021-22 edition of the race, added: "The ocean is critical to our health. Some of us live near it, some don't – but the ocean plays a critical role in the health of our entire planet. The ocean is life."

The Ocean Race Summit gave these young Genovese Fridays for Future members a valuable opportunity to interact with important people from cross-industry, and delivered a deeper understanding of the problem of plastic pollution in our seas as well as inspiring them to make small, but crucial changes that one can contribute with to help save our oceans.

The Ocean Race Summits are a series of 12 events on six continents until 2022. The locations of the next Summits will be announced shortly, along with the full race route for 2021-22.

- The “secret stairway” from the master on the two-stateroom layout gives o...

The Ocean Race - Oxley eyeing another lap of the planet