News / Teams treated to a spectacular welcome in St Tropez on the eve of... Saint Tropez plays magnificent host to the Swan One Design Worlds, with 41 boats from 18 different nations lined up along the quay in the historic old harbour. The contrast between historic port and cutting-edge ClubSwan raceboats could hardly have been stronger.

Nautor Group Chairman Leonardo Ferragamo, who sails the ClubSwan 50 Cuordileone, spoke emotionally about bringing the Swan Worlds to St Tropez. “Sometimes it is very exciting when you reach your dreams. But when you reach dreams that were not in your mind, that means you have gone beyond the dreams – I have to say it is just exhilarating. 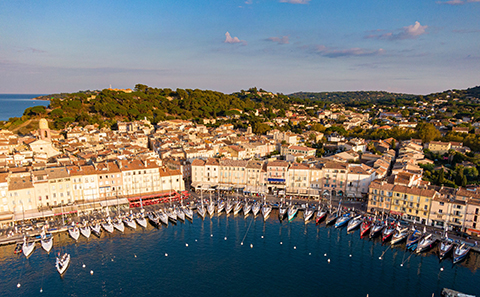 “I think this is one of the cases when we can really be proud of what we are taking part in. We thank everyone for having believed in the vision and the programme of ClubSwan - it is the owners that are able to make this happen. Concluding such a fantastic season after such a difficult and rough time is something I couldn’t have imagined better and is a wonderful start for the championship of the Swan one design. The spirit of Swan Racing will prevail.” 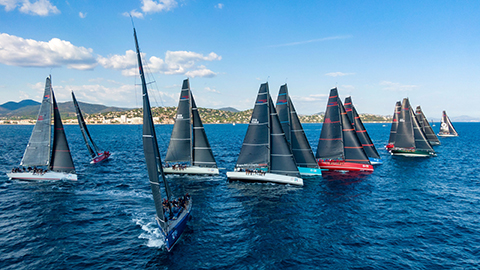 Newbies and gifted amateurs rub shoulders with some of the biggest names in sailing on the ClubSwan circuit, creating a uniquely sporting atmosphere. “All organisations and classes are made by the participants, and we have an incredible party of people here,” said Nautor Swan senior advisor Enrico Chieffi. “And the atmosphere is special because being in a place like this in St Tropez, having a World Championship with very good sailors competing against each other, such good boats as the ClubSwan fleet – that combination is unique.”

It is a sign of Swan’s growing confidence and investment in the racing programme, and it has been no mean feat to organise against the backdrop of Pandemic restrictions. “The time comes when things happen, and this was the right time. The dream was to come and do something on our own, and the World Championship was the perfect opportunity to make it happen. And here we are - dreams come true sometimes.” 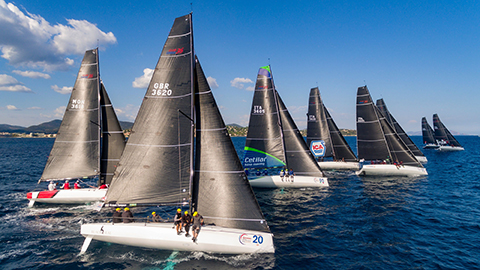 Winds may have been lighter on the sun-drenched practice day in the Gulf of St Tropez, but there were no complaints to be heard from the skippers and their crews. Newcomer Richard Thompson in the CS36 Black Seal was brimming with enthusiasm as he got ready to slip lines on the picturesque quay.

“This is only our third regatta in this boat and we’re very excited about its potential in a breeze,” he explained. “We’ve only had a chance to sail in any kind of breeze a couple of times and it’s just been fabulously exciting. Light airs, like on any boat, are slightly more frustrating, but we’ll take whatever we’re given. We’re grateful in these Covid times to be racing anywhere, let alone anywhere as beautiful as St Tropez, so it’s fantastic to get back on the water.” 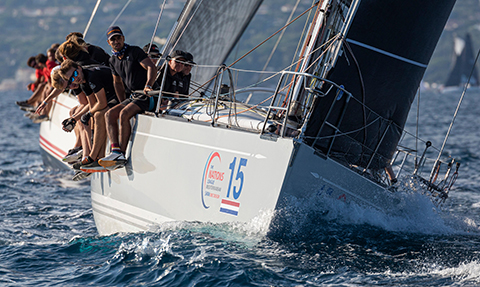 Many of the skippers and their crews are no stranger to sailing here but Lennard van Oeveren, last year’s winner in the Swan 45,  sees a big difference this time round. “This is getting close to perfect,” he said. “The whole atmosphere being here with only Swans in a place like this, knowing how difficult organisation is - it is like a perfect ending for the season.

“It’s a strange feeling – normally you’re in this closed community, nobody knowing what is happening on the water. Now you bring it to the public as well, and we get a lot of questions – the interest is really high.”

Van Oeveren and his crew have been soaking up the atmosphere for a couple of days with some of the other Swans, taking advantage of the chance to practice. As Practice Day dawned, he says he felt the difference in the atmosphere on board. “We won the Gold Cup last year so we have something to defend and you can feel that in the team atmosphere – that we’re already on. Winning is something, but defending is another challenge.” 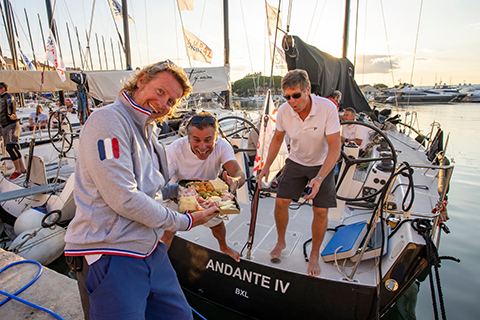 Welcome gift for each boat

Teams docked back in after the practice race under the fascinated gaze of tourists and onlookers. Once all 41 boats were safely made fast, their crews got comfortable in the cockpit as the sun dipped low to the west.

There were contented smiles all round after a good sailing session in around 10 knots from the south. Grins broadened further after ClubSwan Racing and Societée Nautique de Saint Tropez presented each boat with a bottle of Champagne, a magnum of rosé and trays of party food to enjoy the speeches and the divine voice of soprano Deborah Bellevy. 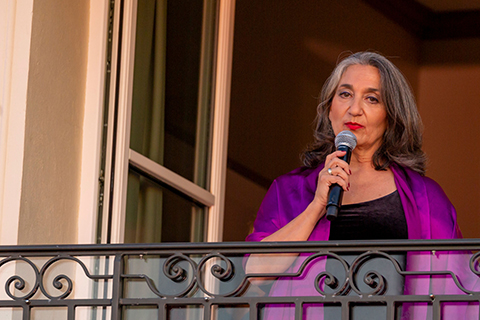 In the heart of St Tropez, soprano Deborah Bellevy gave a passionate rendition of the French national anthem, la Marseillaise, to welcome crews to the Swan One Design Worlds. Standing on a balcony of the Hotel Sube, her voice floated out over those watching from their boats in the old harbour below.

With a tradition of loyalty, first to the French Crown, and then to Napoleon, the town has produced many naval heros, maritime adventurers and explorers. So it felt quite right that Ms Bellevy should sing the national anthem to reaffirm that loyalty before a fleet like none other - Swan one design racers drawn from all around the world.

Nautor’s Swan has more than half a century of experience in building performance sailing yachts, which are recognised the world over for the perfect combination of style, quality, performance and reliability. Exceptional sailing performance will always define any Swan and, while the more traditional Swan Yachts will retain the familiar element of cruising comfort along with their ability to compete when required, ClubSwan Yachts will be more distinct in their role and direction with the specific objective of leading the yard’s development of high-performance yachts based upon cutting-edge design principles.


More than 2,000 yachts have been built over five decades between 36 and 131 feet, and more are about to come.

In 2021 Nautor’s Swan debuts in the motor yacht segment by launching a new division with the innovative Swan Shadow.

Jewels in the crown of the ClubSwan calendar are the Rolex Swan Cup, organised by the Yacht Club Costa Smeralda (Porto Cervo), and the Nations Trophy, dedicated to the Swan One Design yachts (ClubSwan 36, ClubSwan 50, Swan 45, ClubSwan 42).