- Design by Tony Castro, construction supervision by MCM Newport
- The vessel has been under construction at KM Yachtbuilders since early in the summer of 2019
- Work will be continuing for a few weeks after the launch on the finishing, commissioning and sea trials

It was anything but a dull Monday morning in Makkum. While most of the villagers were still sleeping, at 06:00 AM the yard of KM Yachtbuilders was already abuzz with activity. This is the day when the expedition vessel Pelagic 77 was launched. Her two carbon masts were set immediately after the launch. Her official name is now ‘Vinson of Antarctica’, after the highest mountain on the Antarctic continent. 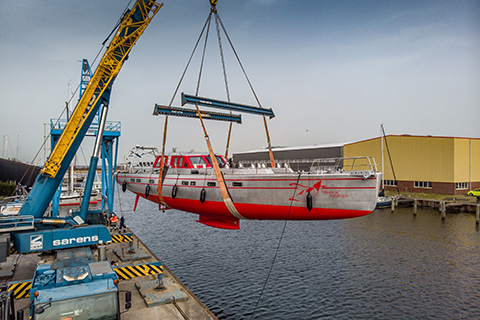 The vessel has been under construction at KM Yachtbuilders since early in the summer of 2019 and work will be continuing for a few weeks after the launch on the finishing, commissioning and of course the sea trials. This will take place on the North Sea and the first trip will be to Norway. After the summer, the crew plans to sail to South America, ending at Puerto Williams in Chile, the southernmost inhabited place in the world.

Among those present to add lustre to today's milestone were Jordi Griso on behalf of the owner Nicolás Ibáñez Scott, Chilean entrepreneur and adventurer, and the permanent crew led by Kenneth Perdigon. Due to current travel restrictions, Skip Novak, the well-known ocean sailor and representative of the charter company Pelagic Yachts and designer Tony Castro, were unfortunately unable to attend. 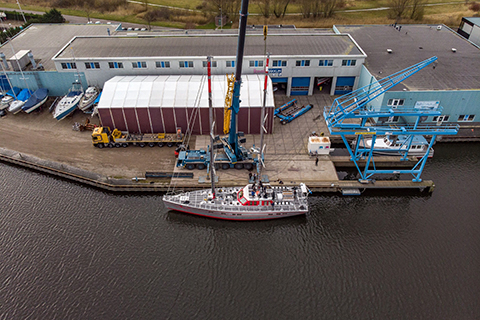 Construction Supervisor Peter Wilson of MCM Newport also had to step aside, but he made the following statement: “I was honoured to be asked by the project team to join them in 2018, sharing with them the construction and management expertise acquired through over 90 MCM projects to date. KM Yachtbuilders had already been selected to build the yacht. With their long track record in building go-anywhere yachts, they were a perfect match for this project. So with a team consisting of Novak, Castro and KMY, it wasn't a hard choice for me to join them. I have absolutely no regrets about this choice. We all look forward to testing 'Vinson' in the brutal North Atlantic soon.”

Mr Novak adds: “This expedition ship builds on the successes of the Pelagic Australis and was conceived and designed for high latitude expedition voyages. That calls for a high level of self-reliance, practical ease while sailing and of course, given the Pelagic philosophy, simple systems that can be easily maintained even in remote areas without specialist help.” 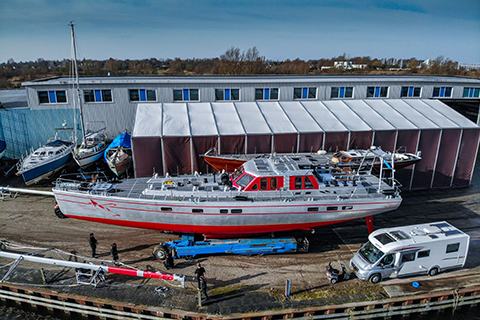 The Pelagic 77 'Vinson of Antarctica', with a centreboard and fixed keel box, is a schooner with a modern design and two carbon masts so that the sail area is distributed and all sail systems, such as winches and jib rollers, can still be operated by hand. At 150 hp, the two Yanmar engines provide ample power.

When they're not on deck, guests on board can also relax in the comfortable living area of the large pilothouse or in the stern galley. In the foreship there are six double cabins and two communal toilets and showers. The style of the interior is kept light with bamboo furniture.  The vessel will be used for charter trips from Puerto Williams in South Chile as well as for private purposes.