- Michal Krysta from Czech Republic with his Menawan came second, after days of hand-steering


- If no surprise, Class Globe 5.80 founder Don McIntyre (Aus) will be in podium


On 13th of December, Etienne Messikommer (Switzerland) with his colorful Numbatou (Hull 88)crossed the finish line at 20:48 UTC, sailing  into Antigua after 26 days, 7 hours,  and 48 minutes at sea, to win the inaugural 2021 McIntyre Adventure Globe 5.80 Transat Race,Numbatouhad covered 3184 nm since leaving Lanzarote.  “I did not sleep much in the last three days, it’s been intense but I’m very happy to be here in Antigua.” Said Etienne on his arrival. 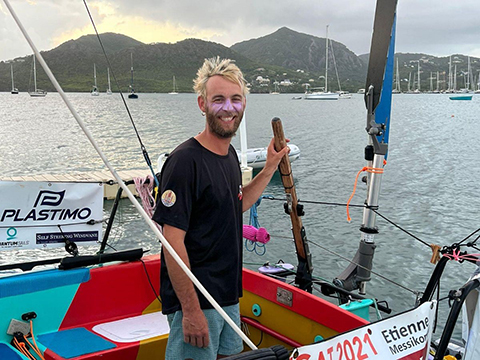 “I did not sleep much in the last three days, it’s been intense but I’m very happy to be here in Antigua.” Said Etienne on his arrival. Picture Credit: Alison Sly-Adams

Followed by Michal Krysta (Czech Republic) who crossed the line with hisMenawan (Hull 07) at 01:19 UTC at the same night, after weeks of a captivating mano-a-mano at the forefront of the fleet, sticking together since the very start from Lagos on the Western option, while the rest of the fleet headed East.

“It’s inspiring for our youths to meet the sailors and understand the challenges they have endured to follow their dream of building and racing their own boats across the Atlantic.” 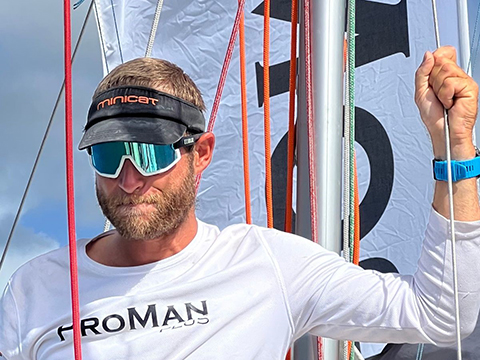 “It’s been a tough battle and exhausting to steer that much falling asleep on the tiller, I went through the whole emotional spectrum and now can’t wait to go on land and discover Antigua!” Said Michal on arrival. Picture Credit; Aïda Valceanu

Both sailors had sailed their Globe 5.80 together from Les Sables d’Olonne to Lagos, spending valuable time on the water, speed-testing, learning the boat in variable weather and sea conditions. The pair also led the fleet during the 600 nm qualifier fromLagos (Portugal) to Lanzarote (Spain) and were widely seen as the main contenders for the inaugural Globe 5.80 Transat.

Michal Krystaand Etienne Messikommer have been pushing each other since day one, posting superior speed to the rest of the fleet, but what was far from certain, was which one of them would be first inAntigua. They have distinct - nearly opposite - styles of sailing; Etienne has huge solo mileage and cruising experience, showcasing a laid-back, windvane-steered style, keeping the boat and sailors fresh, perfect for long-distance.

Michal in the other end is a through-and-through extreme sports athlete and competitor, known for his full-on and full-sail style, hand-steering most of the time and big on hiking to get the best speed out of Menawan. 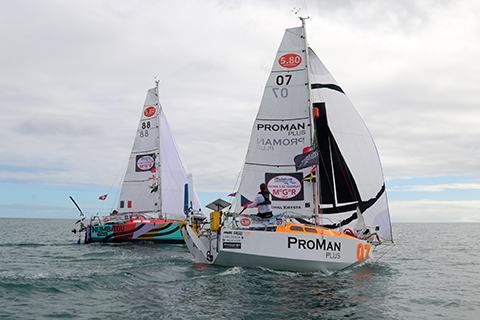 Michal Krysta and Etienne Messikommer have been pushing each other since day one. Picture taken on Lagos start day. Credit: G580T

In fact, Krysta has consistently been posting the best speed and distances on the 5.80, holding the Class Globe 5.80 speed record at 16,9 knots and the best 24-hour distance at158 miles, but has been plagued by windvane and autopilot issues, requiring long hours on the helm.

After days of this racing regime keeping close to Numbatou, the lack of sleep has been an issue for the last few days of the race, but Michal is shining as a true contender for the trophy!

“It was a big dream to make it to Antigua and now I’m here. It feels really good!” Said Michal on arrival. “It’s been a tough battle and exhausting to steer that much falling asleep on the tiller, I went through the whole emotional spectrum and now can’t wait to go on land and discover Antigua!” 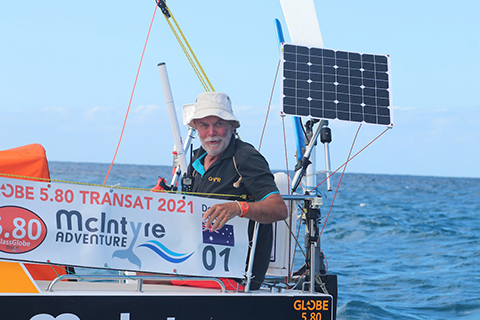 Class Globe 5.80 founder and competitor Don McIntyre with his Trekka (Hull 01) has a comfortable lead over Peter Kenyon (Hull 47 Origami ). McIntyre should cross the line in third position on the morning of the 15th. Don and Peter have been racing close quarters since taking the eastern option along the west African coast at the start of the race, butDon has been extending his lead over the last days of the race.

Irish man Jim Schofield has taken a more conservative stance towards the race, and sailed Molly Claire (Hull 57) under reduced canvass. Jim’s primary objective being to cross the Atlantic Ocean on his own, on a boat he built himself as a “pandemic project”. An objective he is reaching brilliantly, aiming to land in Antigua in time for boxing day.

Race Director Lutz Kohne is delighted with the results to date and the seamanship of the sailors. “First off, congratulations to Etienne Messikommer and Michal Krysta. They have both sailed an impressive race, finishing only 4.5 hours apart after 26 days of racing.” said Lutz, “The fleet is demonstrating the incredible competitiveness of the Globe 5.80 Class that puts the skills and capabilities of the sailor back to center of focus- not the technology.” 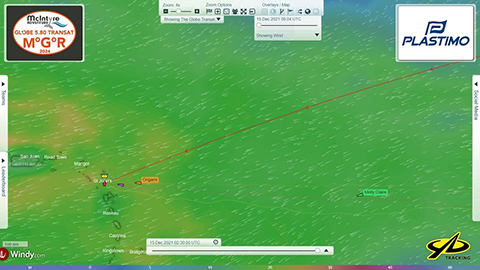 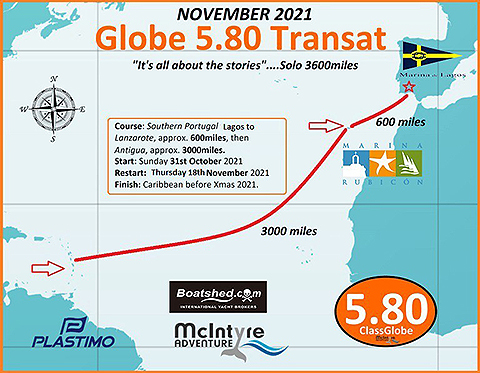