Renowned international yachtsman and regatta official Iain Murray will once again take the reins as the independent Regatta Director for the 36th America’s Cup presented by Prada, including the Prada Cup challenger selection series and the ACWS Auckland event including the Christmas Race.

He has been jointly appointed by the Defender Emirates Team New Zealand and the Challenger of Record (COR36) and is taking over from John Craig, who stepped down from the position late last year. The 36th America’s Cup will be the third time he has held the role, in an event he has also participated in as a skipper and designer spanning the 12 metre, IACC and Multihull eras of the America’s Cup from 1983 to 2017.

From 2010-17 Murray returned to the America’s Cup and held the dual roles of Regatta Director (34th & 35th America’s Cups) & CEO of America's Cup Race Management (ACRM). ACRM was a neutral, independent body tasked with all of the sporting and logistical aspects of the America’s Cup World Series held during both campaigns. 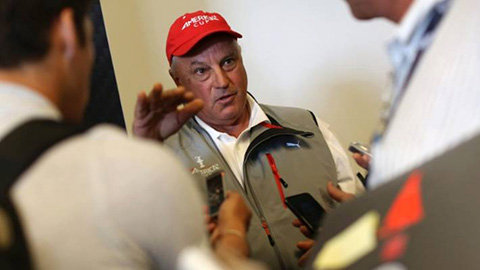 Murray has an illustrious sailing career including numerous World Championships in the 18ft Skiffs and Etchells, four America’s Cup campaigns, an Olympic Star campaign and has also sailed in the iconic Sydney to Hobart yacht race 26 times, including three overall victories.

Iain Murray knows the Waitemata Harbour well, it will be a return to the place where he made his first marks on the international sailing scene, with two notable wins. The first was as a 17-year-old student where he designed, built and sailed a 12ft skiff, Sunset Hotels, to win the 1976 Interdominion 12ft skiff title on his second attempt from a fleet of 24 boats from Australia and New Zealand.

He returned a year later for the JJ Giltinan Trophy, the unofficial world championship of the 18ft skiff class. Again he skippered a boat that he had designed and built himself, for his second tilt at the prestigious trophy. Going into the final race of the series Australian veteran Dave Porter sailing KB, looked to have done enough to take the title, rounding the final mark, Rough Rock, with a lead of over five minutes.

Sailing in a 25-30kt onshore breeze, in a very awkward wind against tide sea state, Murray helming sailing Colour 7 called for the spinnaker, which eventually set, and with his crew stacked in the stern of the red hulled skiff, pointed directly at the finish line barely visible in the cyclonic murk and rain. Race leader KB having taken a conservative course, tried to gybe in an awkward corner of the course, constricted by reefs and shallow water. Fortune favoured the brave, and Murray cut the corner, on the hapless KB, worked around North Head and ran straight to the finish line to snatch the title with a brilliant exhibition of boat handling. 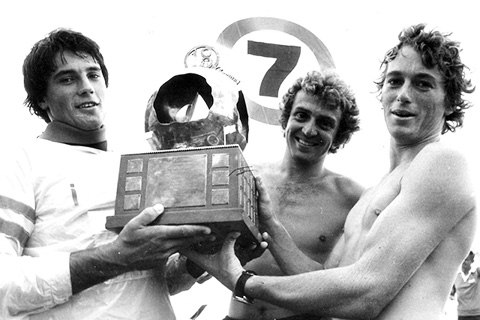 That victory was the first of six successive wins in the JJ Giltinan Trophy for Murray and Colour 7. In 2008 staying with the same sponsor, Murray was the program manager for the Seve Jarvin skippered Gotta Love it 7 team which went on to win seven JJ Giltinan trophies between 2008 and 2015.

Murray sailed his first America's Cup in 1983 in the 12-metre Advance, before being winning the Australian Defence Trials in 1987 in Kookaburra - which was defeated by Dennis Conner in Stars & Stripes ’87. His third America’s Cup was on Spirit of Australia which was eliminated before the semi-finals. He was aboard One Australia when it sank in the 1995 America's Cup.

A one design international keel boat sailor, Murray represented Australia at the 2008 Qingdao Olympic Regatta in the Star class finishing 14th. He was Etchells World Champion in 1984 and 2019.


An experienced offshore competitor and designer, Murray has been an integral part of the Wild Oats XI campaign since its launch in 2005, to the present day, winning line honours nine times in the classic Rolex Sydney Hobart Yacht Race. 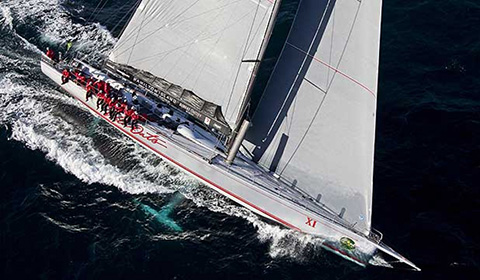 Wild Oats XI in the 2012 Sydney to Hobart

Grant Dalton: “It is very gratifying for us to have secured the services of such a respected official as Iain as he brings a wealth of experience and integrity to the role of Regatta Director with a proven track record over the past two America’s Cup cycles. Particularly in his Colour 7 days, Iain was my hero, I dont’ think we ever beat him.”

Matteo Plazzi, Technical Director at COR 36, declared: “I have known Iain for many years and I have witnessed his deep knowledge, competence and understanding of yachting and racing. The experience as Regatta Director he has developed in two “foiling” America’s Cup cycles and the fairness he demonstrated during those years will be a prominent asset of paramount importance for conducting the racing with this unprecedented class of yachts”.

Riviera celebrates the launch of the 20th Sports Motor Yacht