News / Finnish Round the World Racing tradition continues in the 2023 O... - Tapio Lehtinen leads the charge of Finnish entries in the OGR with a sustainable message and all young crew.

- Three Finnish entries amongst the 21 confirmed teams from 12 countries.

- FLYER CLASS entrants Pen Duick VI and L'Esprit d'Équipe race each other in the SSE Round Ireland Race.

Helsinki hosted a 2023 Ocean Globe Race Press Conference in the  HSS yacht club, one of the most distinguished yacht clubs in Finland, founded in 1893. Held jointly by McIntyre Adventure and Tapio Lehtinen Sailing who were able to introduce their entire young race crew for the first time. Each are eager to face the Southern Ocean and Cape Horn during this 50th anniversary celebration of the legendary Whitbread Round the World Race. 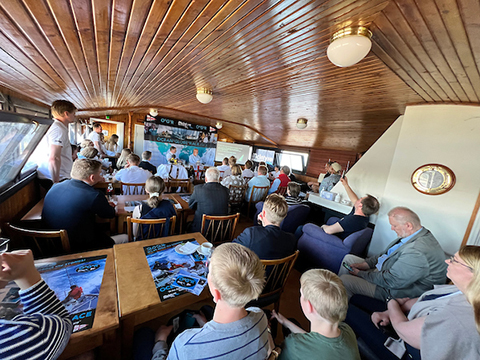 Finland is home to Nautor Swan and Baltic yacht builders, and famed 2018 Golden Globe veteran Tapio Lehtinen, who took his S&S Gaia 36 around the world in a gruelling 334 days plagued by a barnacle colony, becoming the sixth person in the history of the event to circumnavigate the globe non-stop, solo, without GPS, satellite phone or electronic navigational aids.

Unfazed by this ordeal, Tapio decided to give round the world racing another go, not once, but twice over the next two years! 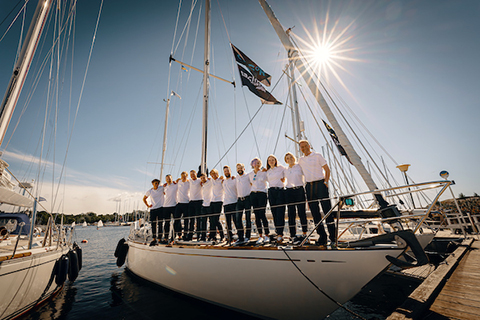 Galiana’s team is largely made up of a new generation of sailors.
Photo Credit: Tapio Lehtinen Sailing

He will race non-stop solo in the next GGR 2022 in September with a clear goal to improve on his 5th place. Just weeks after finishing he will join the fully crewed 2023 Ocean Globe Race on board his S&S designed Swan 55 Galiana with a crew of young Finnish sailors, forty-two years after his first Whitbread in 1981-82 aboard Skopbank of Finland.

A central theme in both of Lehtinen's upcoming races is concern about the state of the oceans and climate, and the desire to bring forward solutions to improve the situation: «I am extremely proud and grateful that we have been able to bring together domestic partners who share the same values and who are each part of the solution as we move towards a carbon-neutral circular economy society.” Tapio added. 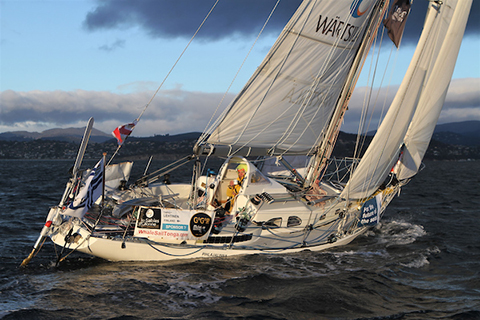 Don McIntyre, Founder and President of the Ocean Globe Race, was impressed to finally meet Tapio’s young crew. “As the organiser of the OGR it is so exciting to see and feel the passion and enthusiasm of this amazing young team that Tapio has put together. They are all strong characters and unique skilled individuals, yet it is obvious that each holds the team as the important unit. This race will be life changing for all of them! “

Tapio leads the charge of Finnish entries in the OGR with his sustainable message. Three of the 21 teams confirmed from 12 countries come from Finland, including Sebastian Gylling on the Swan 51 Eira, and Jussi Paavoseppä on the Swan 651 Second Wind, ex Fazer Finland. 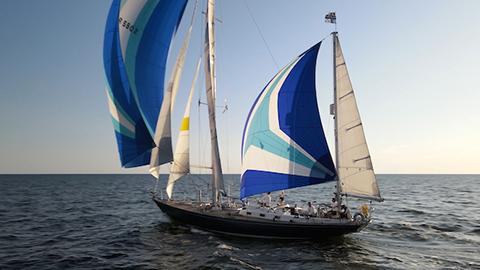 
Jussi Paavoseppä could not be happier with the choice of boat. A production Frers designed Swan 651 with an optimised mast and keel profile, which competed the 1985 Whitbread as Fazer Finland and finished 3rd in corrected time.

“We have recently bought Second Wind from her careful owners and are now putting a great crew together for this unique event.” Said Jussi“It is a delight to bring the ex-Fazer-Finland around the world again, and one of the Finnish ocean sailing legends back in a new challenge with a Finnish crew.”

Jussi and his crew will have another Swan 651 to pace themselves around the world, DOMINIQUE Dubois’ Futuro, freshly refitted in with the Carboman/Multiplast yard expertise. 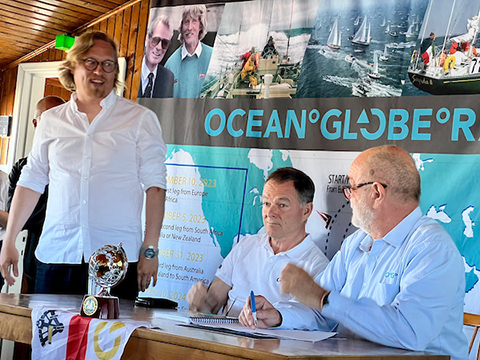 Sebastian Gylling who heads the Finnish-based charter business Southern Ocean Companyentered his Frers-designed 1981 Swan 51 Eiraand is delighted with the project:   “After a lifetime of sailing oceans, racing, cruising and pushing boundaries, we finally have the opportunity to do a proper circumnavigation.’ Said Sebastian. ”It’s not any circumnavigation, but a legendary race. “The golden years of sailing” have been practically impossible to experience... Until now.”  With more than 50.000 miles clocked over the last 3 years, Sebastian knows his boat well!

Meanwhile, two historic Flyer Class OGR yachts, Marie Tabarly’s Pen Duick VI and Lionel Reigner’s l'Esprit d'Équipe have their first offshore encounter together this week, participating in the SSE Round Ireland Race rounding the island clockwise for a 705-mile run from and to Wicklow Sailing Club. Follow them here.

Other OGR news include

New OGR website is online with the addition of the OGR forum to discuss RTW matters and help teams and sailors find each other for berths availability.

Allspice Yachting SA are headed into the Southern Ocean for training and still looking for two members two complete the crew of their Swan 53. Contact them to join the South African entry on hello@allspiceyachting.com.

The International Association of Cape Horners is working closely with the Ocean Globe Race organisers with potentially hundreds of new members qualifying early 2024.

About the Ocean Globe Race


The Ocean Globe Race (OGR) is a fully crewed, retro race, in the spirit of the 1973 Whitbread Round the World Race, marking the 50th Anniversary of the original event. Starting in Europe in September 2023, the OGR is a 27,000-mile sprint around the Globe, divided into four legs, taking in the Southern Ocean and the three great Capes. The fleet is divided in four classes and two discretionary invitations for a total of 30 entries, making the OGR possibly the biggest fully crewed round the world race of the last 29 years. Stop-overs will include South Africa, Australia or New Zealand, and South America, before finishing back in Europe in April 2024.