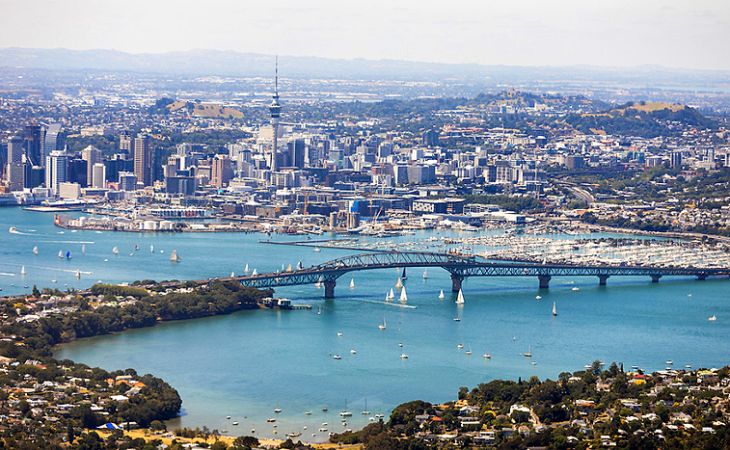 - The 2023 Ocean Globe Race sets a historic track in the spirit of the original Whitbread Race.


- Start Finish port to be announced in the weeks ahead.


- L’Esprit d’Equipe and Galiana on the GGR start line as Tapio Lehtinen sets off on GGR ahead of OGR participation.


- Marie Tabarly finalized her crew roster after a successful season crowned by a Pen Duick victory in the RBI Race.

Cape Town is the gateway to the Southern Ocean and the place to check systems before heading there.  Photo Credit:  The V&A Waterfront

“Following years of negotiations with many ports, compounded by covid issues and tough economic times, we are excited to finally announce that Cape Town, Auckland and Punta del Este are marks of the course, all cities rooted into the DNA of the original Whitbread. We couldn't be happier with the result.” Said Don McIntyre, Founder and Chairman of the Ocean Globe Race. “ We are particularly excited to be stopping in Auckland at the halfway mark, an absolute favourite stopover for many Whitbread and later Volvo ocean race crews”.

Cape Town is always in the mix for its strategic location as the gateway to the Southern Oceans. The OGR has an arrangement with the V&A Waterfront for berthing and will now work with local agencies to build the stopover. The Royal Cape Yacht Club is the host yacht club for the stopover. 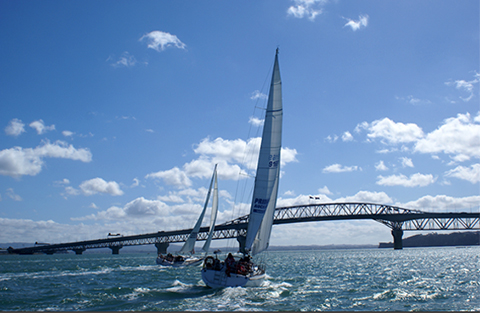 New Zealand is a sailing nation and their strong  Whitbread connection will bring back many powerful memories. Photo Credit:  Tātaki Auckland Unlimited

Auckland has always been part of the Whitbread since the second edition in 1977, in which Pen Duick VI, ADC Accutrac (now Translated9) and Neptune, all entrants of the OGR 2023, took part.   This halfway stopover during the southern summer festive season of Christmas/New Year becomes a family holiday for most, before the serious business of preparing for a transit of Cape Horn, a dream for many of the crews. 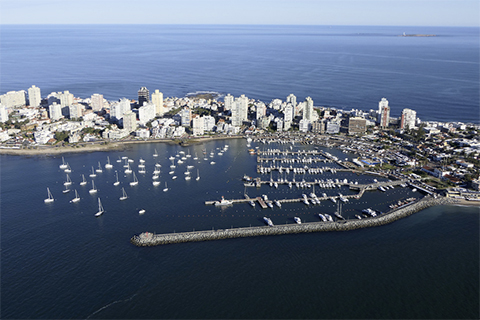 Punta del Este is the perfect venue for the last Leg of the Ocean Globe Race coming back from the Southern Ocean. Credit: R.Figueredo


At the same time, it is a chance for Aucklanders and New Zealanders to relive the history of the original Around the World Whitbread Races. In 1977, Auckland hosted its first Whitbread stopover with the arrival of 15 yachts after a marathon second leg from Cape Town, South Africa. Now Aucklanders will get to create more memories as these retro style yachts enter the downtown harbour next December. We look forward to formalising an agreement with the organisers in the coming weeks.”

Punta del Este came later in the Whitbread’s history for the 1985 edition that was won by French yacht L’esprit d’Equipe skippered by Lionel Péan. This same yacht is set to race around the world once again in the 2023 Ocean Globe Race with French skipper Lionel Reigner. The Yacht Club Punta Del Este is hosting the stop over and is famous for its warm receptions. Being the first stop after Cape Horn and the last stop before the sprint to the finish, emotions are sure to be running high!. 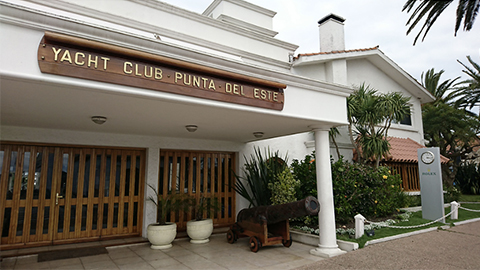 “The Yacht Club Punta del Este is thrilled to welcome the Ocean Globe Race. Our Club has a long history receiving international events such as the famous Whitbread the OGR is honouring. We look forward to working with OGR´s fantastic team and receiving the intrepid sailors whose courage and determination keep the spirit of the Whitbread alive. See you soon!” Said Juan Etcheverrito, Commodore YCPE

Don McIntyre, Founder and Chairman of the Ocean Globe Race said: “ Maintaining a genuine clipper ship route was important for the 50th anniversary OGR, so we are excited about today's announcement. Sadly UK ports are not interested in hosting the start and finish of this epic adventure and historic occasion. Discussions continue with EU ports with this important decision to be announced in the weeks ahead. A Prologue prior to the start is planned and could leave from Portugal or Spain. ” 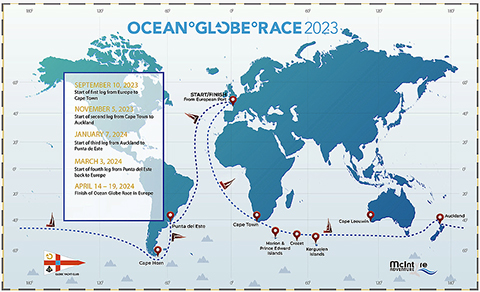 With one year to go before the start of the Ocean Globe Race, many entrants have celebrated the landmark in various ways.

Tapio Lehtinen’s OGR entry the Swan 55 Galiana was in France for the start of the Golden Globe Race. The young crew of the Swan 55 sailed 1.700 miles from Helsinki to Les Sables d’Olonne to be part of the official start line. They are back home after sending Tapio off in style in his S&S designed Gaïa 36 Asteria, currently in the lead group of the GGR. Of his preparation, Tapio said before leaving “I'm often asked if I'm afraid when I'm out on the oceans. My answer is that one should be afraid on land so that they don't need to when they are out on the oceans. This holds for both preparing your boat as well as yourself for the trip." 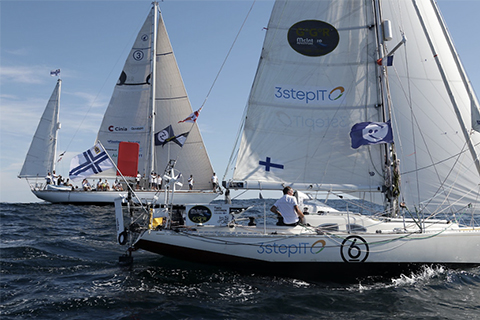 Galiana shared the GGR 2022 start line with L’Esprit d’Equipe of Lionel Reigner, who was boat captain for the GGR 2018 winner, and has loads of experience in making boats go around the world. The DNA of both events is rooted in retro sailing, and there are many synergies between both.

Lionel Péan, winner of the 85 edition inaugurated his former yacht back racing around the world on the OGR with French skipper Lionel Reigner! 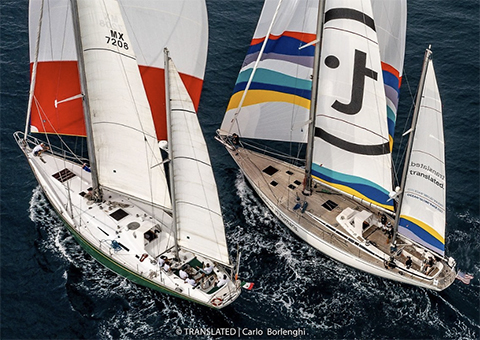 Skipper Lionel Regnier is confident: “The boat went through a deep refit and has been tested on the Round Ireland Race and Drheam Cup this summer. We are now focused on crew training and look forward to renewing our sail wardrobe. We are still looking for a partner to finance the last stretch to the start, including safety equipment, but both the boat and the crew are ready to go!

Translated 9 the Swan 65 skippered by Clare Francis in the 1977 Whitbread as ADC Accutrac had a sail alongside the Carlin’s family Sayula II winner of the first edition. The Translated Team held a party in Rome, exactly one year before the start, to announce their crew selection among the 1200 applicants. 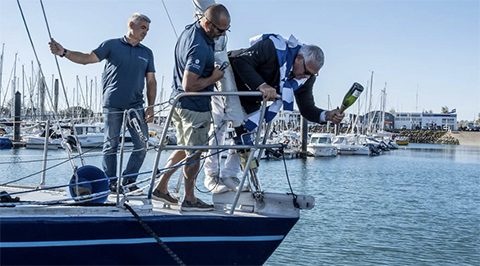 After a promising victory in the Drheam Cup over the summer, Marie Tabarly and Pen Duick VI have won their class in the Round Britain and Ireland Race, a fixture in the RORC calendar happening every four years, with Alexia Barrier of Vendée Globe fame working at the chart table for a whole 14 days and 21 hours! 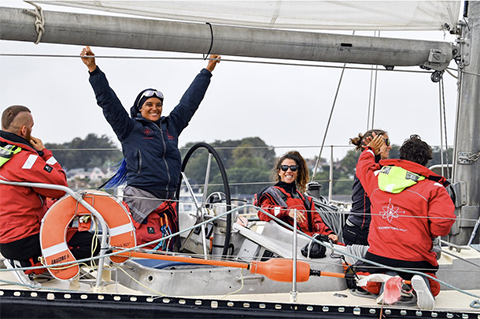 Marie Tabarly has been busy selecting crew for the OGR, winning a few races in the process, including the legendary Round Britain and Ireland Credit:  James Tomlinson

After a busy summer training and working on crew selection in the classic Channel races (Round Ireland, Drheam Cup, RBI) Pen Duick 6 is back in the shed for some TLC, and Marie will soon announce her definitive crew. 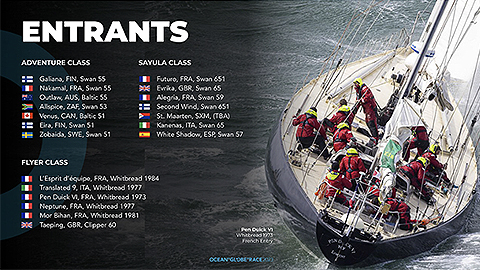 About the Ocean Globe Race


The Ocean Globe Race (OGR) is a fully crewed retro race in the spirit of the 1973 Whitbread Round the World Race to mark the 50th Anniversary of the original event. Starting in Europe in September 2023, the OGR is a 27,000-mile sprint around the Globe divided into four legs, taking in the Southern Ocean and the three great Capes.
The fleet is divided in three classes and two discretionary invitations for a total of 30 entries, making the OGR possibly the biggest fully crewed round the world race of the last 29 years. Stopovers will include Cape Town in South Africa, Auckland in New Zealand, and Punta del Este in Uruguay,  before finishing back in Europe in April 2024

Cover photo Auckland has always been part of the Whitbread since the second edition in 1977. Photo Credit: Tātaki Auckland Unlimited 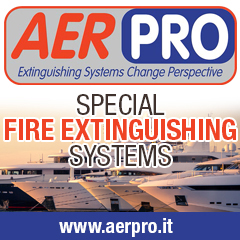 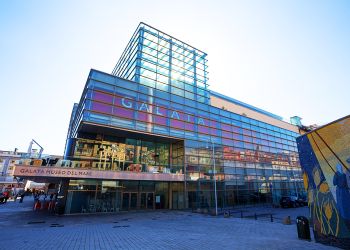 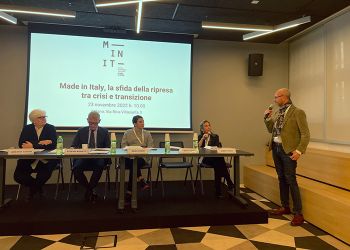 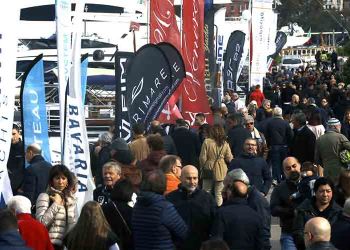 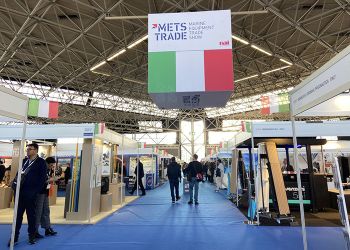 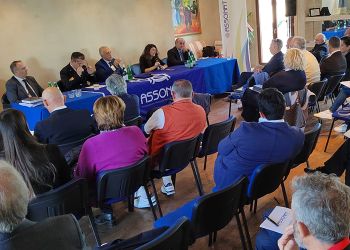 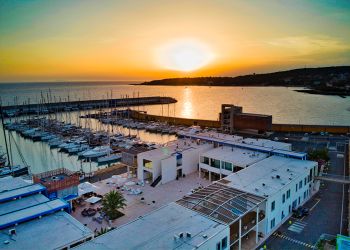 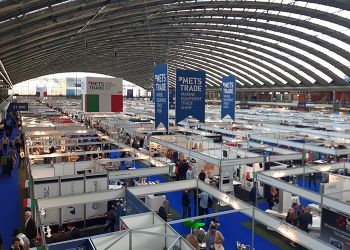 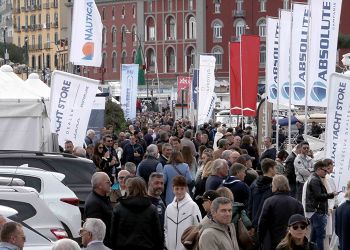 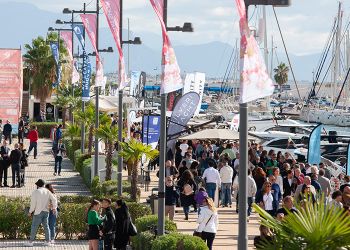