BYD has got it covered with first-class hard-top design

- BYD clients include numerous superyachts up to 40m LOA

- Largest project to date was the full replacement of an 80 square metre, 1.5t hard-top

- Added a removable deckhouse for a 30.5m glass-and-carbon sailing yacht

Spanish naval architecture group BYD is seeing a boom in yachting orders as people look to safer holidays on the water. The Palma-based outfit, which is known for its meticulous laser scans and detailed technical plans, has seen a big jump in major refit projects. And one of the most frequently requested projects concerns the addition of a hard-top to an existing yacht. 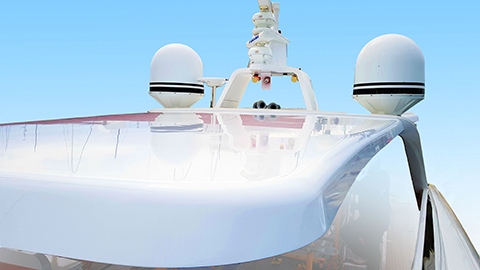 Boaters love the Mediterranean for its relaxed atmosphere, clear waters and endless sun. But shade is just as important a part of Mediterranean boat design as is protection from the elements in northern Europe. BYD is a specialist in this field, having seen through dozens of hard top projects from concept to installation.

“We’ve seen more and more owners looking to improve their existing boats during these Covid times,”says BYD principal architect Tià Simó. “Instead of searching for a new boat, they invest in what they already have. We have been really busy this winter with the technical design work behind refits that range from a new fridge on the sundeck of a yacht to a complete redesign of the hard-top.” 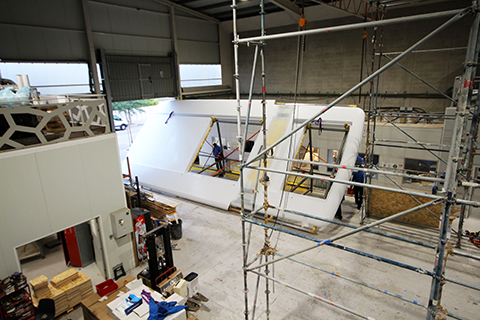 MY B5 Hard Top

One of the biggest projects to date has just been commissioned from BYD: the complete replacement of the 80 square metre hard-top on the 38.4m motor yacht Andrea. This US-built yacht with explorer looks had a very lightweight GRP sunshade up on the top deck, offering very little protection and no flexibility at all. “The owner asked us to propose a handful of different solutions ranging from full enclosure to a more stylish rigid roof that suited the look of the boat better,” says Simó.

The job began with a laser scan of the sundeck to determine exact dimensions – a discipline in which BYD has built up a far-reaching reputation. Next, the group’s designers sketched out six different options, which they translated into technical drawings to check measurements, and rendered on a real photograph of the yacht. This gave the owner total control of the project and its impact on the look of boat. 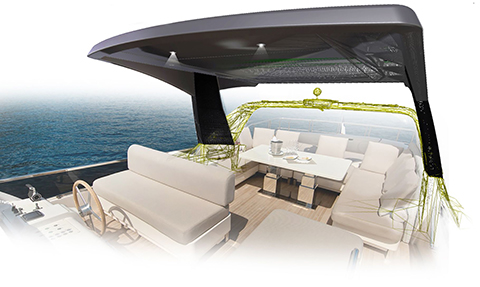 In the final analysis, he chose an option with two electrically operated sunroof panels that slide back into the structure of the hard-top. The technology required is complex, and detailed structural loadings had to be calculated, but BYD managed the whole process through to installation on the existing arch. The result is a hard-top that appears to float above the sundeck, and looks in perfect keeping with the lines of the boat.

Another striking project called for the design of a removable, part-glazed deckhouse for the 30.5m glass-and-carbon sailing yacht Chrisco. An icon of sleek, minimal aesthetics, the boat called on BYD to perfectly match the existing materials and colours, as well as produce a certain design flair in keeping with the original vision of builders, CNB. The solution found by Simó and his team was for a powerful cantilevered structure where extra protection could be fastened at the side, depending on conditions. It is built in prepreg carbon, cured in an autoclave, and can be easily dismantled and stored. 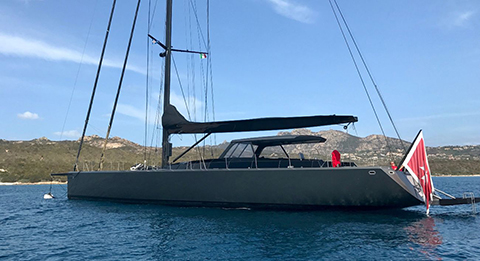 “Chrisco’s hard-top was a real challenge,”says Simó. “The boat had won plaudits for its minimal design, and we were determined not to jeopardise that with the hard-top. By using carbon fibre with the same finish as the darkened glass of the coachroof, we could provide the necessary strength without sacrificing the boat’s incredible looks. Better still, the whole thing is easily removable when it is not required.”

There are many other examples of BYD’s work in yachts around the 30m and 40m mark. But all these hard-top projects are distinguished by one thing: the technical rigour with which they are designed. Impeccable structural design is allied with features like opening panels, LED lighting and AV capabilities – all within a sensitive aesthetic wrapper which respects the original lines of the yacht. 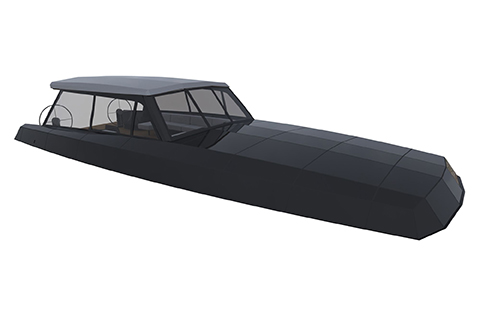 As a full-service design outfit, BYD’s capabilities run from scanning and finite element analysis through to integrating the new and old structures and supervising the production process.

Bravo Yacht Design Group or BYD Group (previously known as Barcelona Yacht Design Group) was founded in 2004 and is managed by Tià Simó and Raúl Gonzalo. Based in the Spanish yachting hubs of Barcelona and Palma de Mallorca, it offers a complete design and naval architecture service for new construction as well as refits, working in partnership with yacht builders or directly with yacht owners themselves.

BYD Group has an international network of partners and, after almost two decades of continually expanding operation, it has truly earned its place as a trusted name in the yachting community. It works on the full spectrum of vessels, from smaller watercraft to superyachts, both sailing yachts and motoryachts, and has a number of international awards to its name.

With 20 and 30 years respectively of experience in the design, development, engineering and refitting of yachts, Simó and Gonzalo both studied naval architecture at the renowned Southampton University and Southampton Solent University. Their team includes naval architects, structural engineers, hydrodynamicists, exterior and interior designers - all alumni of Europe’s leading design institutions, such as Southampton University & Institute, Coventry University, ELISAVA design school and renowned Italian schools for interior design. BYD Group is a member of ANEN (the Spanish Nautical Association) and RINA (the Royal Institute of Naval Architects).

BYD Group considers its fleet to be a part of the family for the long-term. Thanks to the company’s extensive in-house skillset and investment in the most sophisticated design technologies available, it is able to support a yacht through its entire life cycle, from the earliest concept drawings with clients, construction phases and delivery to the annual maintenance, periodic refits and full-scale upgrades.