Celebrating Chichester as the OSTAR turns 60

Inside Westminster Abbey’s south cloister, the little-known Navigators’ Memorial Plaque records the names, vessels and routes of “the three great English circumnavigators”: Sir Francis Drake, Captain James Cooke, and Sir Francis Chichester. It’s as clear an indication as any of the way Chichester captured the nation’s imagination when he sailed single-handed around the world in 1966/7. He stopped only once, in Sydney, following the route of the clipper ships; the infamous ‘eastabout’ way through the Southern Ocean and rounding the three great capes.

Chichester was 65 when he finished. With its record-breaking speed of passage, heavy sponsorship and coverage on the BBC and in the Sunday Times and The Guardian newspapers, the voyage sculpted solo circumnavigation into the shape we recognise today, and prompted the Golden Globe race the following year. 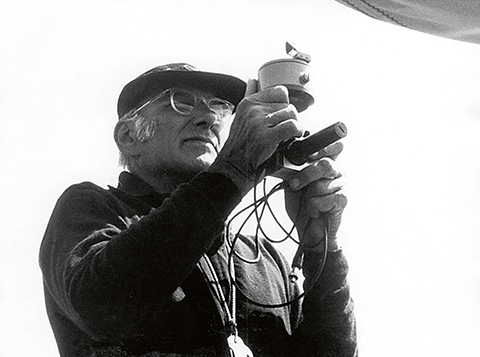 It’s easy to forget now, in the sobriety of Westminster Abbey, with the sound of tourists stifling coughs in the background, but Chichester – and his voyage – was a legend of the late 60s, a symbol of an extraordinary time of exploration: a decade that started with the first voyage to the bottom of the sea and ended with the moon landing. His return to Plymouth in 1967 was attended by as many as half a million cheering fans. Gipsy Moth had circled the world in the sailing time of 226 days, narrowly missing her target of matching the time of the great clippers like Cutty Sark; but it didn’t matter. Every record in the book had been smashed – including the longest solo passage of 14,100 miles to his stopover in Sydney– and a new era in circumnavigation had begun. The Queen knighted Chichester with the same sword used to honour Francis Drake, and he became a national hero.

Fast forward to 2002. Yachting Monthly’s editor Paul Gelder, looking for a way to celebrate the magazine’s centenary in 2006, struck upon the idea of sending Gipsy Moth around again crewed by underprivileged youngsters: “We had been visiting Gipsy Moth for awhile,” says Gelder. “The omens seemed right; our centenary would coincide with 40 years since Chichester’s voyage. Thinking of it wasn’t the issue. It was a tailor-made opportunity.” The real issue was finding – read ‘funding’ if you like – a way to save Gipsy Moth. When the UK Sailing Academy (UKSA) stepped in, in October 2004, with £40,000 of the necessary cash and the same again in enthusiasm, things started moving very fast, starting with the purchase of Gipsy Moth from the Maritime Trust for the token £1 and a gin and tonic. Chichester’s own spirit left him when the gin did, so the drink would symbolise hope and high spirits. 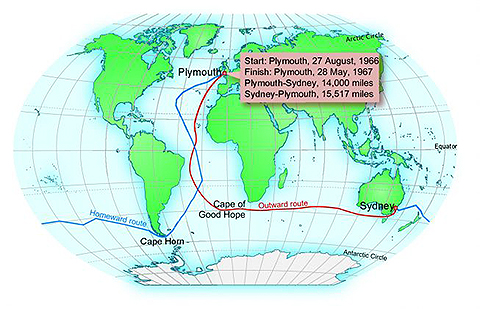 The portent was borne out on 17 November 2005 when she was lifted from her trench and taken back to the yard where she was built: Camper & Nicholsons in Gosport. Twelve-thousand man-hours were squeezed into 150 days by a huge team that included shipwrights from Gipsy Moth’s original build, staff of the UKSA, and the tireless efforts of Campers, who did the work at cost price.

Her launch on 20 June – “five weeks ahead of schedule,” according to Camper’s project manager Martyn Langford – was a big occasion attended by a crowd of hundreds, and ringed by television news vans. It proved to be the beginning of an unprecedented series of fêting for the ketch: the VIB’s summer schedule has included opening Cowes Week and the Southampton Boat Show and appearing at IFOS and the Fleet Review, as well as posing for photo-shoots with patrons Princess Anne and Dame Ellen MacArthur. 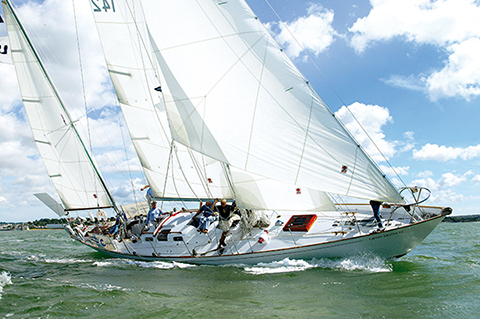 The glitz and press coverage that follow Gipsy Moth wherever she goes is simplyastonishing – never more so than when she recently left Plymouth, for the second time, to circumnavigate with her young charges. And the boat, though restored with great fortitude, still isn’t a kind and sweet-handling yacht. Sailing her in the Solent revealed excessive heel – at least initially – and, as skipper Richard Baggett told TV crews on the 25 September at the boat’s departure – “she didn’t go backwards in 1966 and she doesn’t go backwards now.”

The affection for Gipsy Moth IV is in marked contrast to the beginning of her life: an ominous launch at which she stuck on the slipway; a launch which was too late, of a boat that was too big, at which the bottle didn’t break, in a ceremony Chichester didn’t approve of, and a launch that heralded the dissolution of the then masters of ocean-racing design, Illingworth and Primrose.

In a sad parallel to the Illingworth and Primrose story 40 years ago, Gipsy Moth IV was the last boat ever to be (re-)launched at the Camper & Nicholsons yard (see Tell Tales, p7), which will close in October. Chichester’s voyage marked the beginning of one era and this voyage coincides with the end of another. But could there be
a better epitaph for the famous yard?

Chichester never liked Gipsy Moth IV. Their relationship was one of mutual antagonism, from the glassy foredeck that sent Chichester flying, injuring his leg during trials in the Solent, to his various complaints about the “cantankerous ketch”, which fill the second chapter of Gipsy Moth Circles the World.

It was a duel that began before Gipsy Moth was launched, as the boat was much bigger than Chichester had originally wanted – a result of compromises between him and the designers to design a yacht with a difficult brief: to take a crew of one – an old one at that – around the world as quickly as possible. The first time he saw her on the water, he remarked to his wife Sheila, “My God she’s a rocker.” Their relationship never improved. Despite Chichester’s complaints though, Gipsy Moth accomplished what she was designed to do: the longest distance sailed without landfall was nearly doubled from Vito Dumas’ record of 7,400 miles – and a sailing time of 226 days to cover 28,500 miles didn’t just break records, it set the new yardstick. 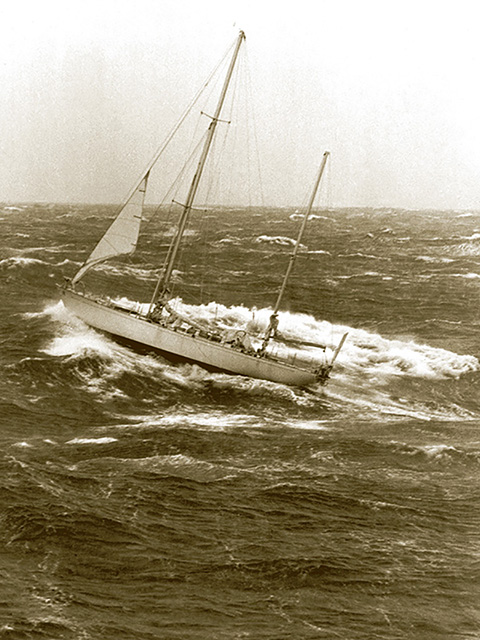 Colin Silvester was one of the designers who worked on Gipsy Moth IV, and now acts as custodian of the Illingworth and Primrose design records. He feels it’s time to give the designers some credit for Chichester’s achievement. “Angus [Primrose] had to give him the biggest, lightest, fastest boat he could and I think he did this remarkably well. She had to be light enough to keep moving in light airs, and strong enough to cope with the Southern Ocean.” She had to be light so she could be driven by a sail area manageable for one man. She had to be big to carry the waterline length necessary to generate a good hull speed.

Two of Chichester’s main complaints were that Gipsy Moth was initially very tender while heeling, and that she required constant sail-changing. Colin Silvester explains that “she was designed to keep the wetted surface down and pick up form stability when she heeled. She was meant to sail on her ear. By and large she did it.” In this respect, Gipsy Moth was similar to Pen Duick II, the first boat designed for the rigours of the OSTAR, and Chichester’s nemesis when he was beaten in that race by Tabarly in 1964, having won the first in 1960.

Nigel Irens – designer of the Gipsy Moth of today, Ellen MacArthur’s B&Q – is cautious, stating that “the real acid test will be her second circumnavigation”. Whether someone will dare to be as honest as Chichester is unlikely though, as Gipsy Moth is now a revered celebrity dressed in the sling-and-arrow-proof armour of a noble cause.

I don’t blame Chichester one iota [for his complaints],” justifies David Green, boss at the UKSA. “The boat was too late, too big, his leg was injured and the bottle didn’t break!”

Il nuovo Azimut 68: a yacht for the world