The 23ft 3in (7.1m) Lymington L-Class (see CB102) is one of Jack Laurent Giles’ prettiest designs. With her moderate overhangs, sweet sheer and slender hull, she bears the distinctive hallmarks of his early designs, and was the basis of his later cruiser, the 25ft (7.6m) Andrillot, which itself led to the Vertue class.

Laurent Giles designed the L-Class at a time when yachts of this size were popular. She was intended as a daysailer, but had modest accommodation for weekend cruising, too, and was built for a reasonable price so that she was affordable to a wide range of yachtsmen.

The first two boats, Isabella and Penguine, were built by Elkins Boatyard at Christchurch in Dorset in 1933. They were planked in 3⁄4in Oregon pine on a mixture of English oak frames and American rock elm timbers. English elm was used for the keel, and oak for all the grown floors, while mahogany was used for the transom and other brightwork.

Some of the later boats were planked in pitch pine, and Iduna – the last of the class to be launched – was built of teak. In total, 18 L-Class yachts were launched between 1933 and 1939. Elkins built 11, while Berthon’s at Lymington built three and Woodnutts on the Isle of Wight, Dixons of Exmouth and the Sandbanks Yacht Company at Poole built one each. 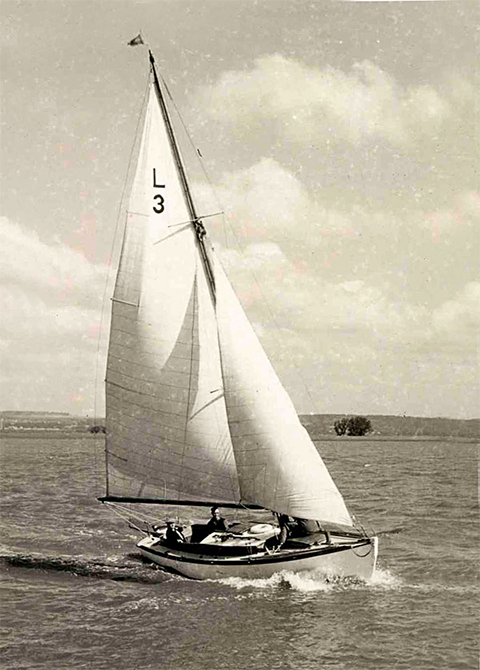 Owners of the boats soon established a fleet at Lymington in Hampshire, and regular races for the class were held in the 1930s. Thirteen rules were created, by which members of the class had to comply. These included a stipulation that all boats had to be built as a one-design and possess an official measurement certificate from Laurent Giles before they were allowed to race.

Hollow spars were not allowed, and the mainsail could only be renewed once every two years, although headsails could be replaced as and when. The use of spinnakers on the Lymington River was banned; and all boats without an auxiliary engine were given a penalty of 1cwt (112lb [51kg]).

Laurent Giles’ design specified several sail plans, of which the bermudan sloop was the most popular. At 275sqft (25m2), it’s a decent-sized rig for a 23-footer, and under sail the L-Class puts on a good performance. Yachting Monthly in 1933 described the design as “handling admirably” and being “conspicuously dry and well-mannered”, adding that they “repeatedly out-sailed their rivals” in light winds. The class was well suited for daysailing in the Western Solent, but their relatively high freeboard and seaworthiness have since made them good coastal cruisers, too.

Accommodation is basic and compact, but adequate for what the boat was designed. The layout is open plan, with a cooker to port immediately inside the companionway, and a chart table to starboard. Beyond that there are two berths, with room in the bows for gear. Some were also fitted with a heads. In 1955 Laurent Giles produced the lines of the ‘Revised L’, which was 5in (127mm) longer overall and had a doghouse and larger portholes. The new design displayed almost identical characteristics, but extra headroom in way of the galley and chart table was a significant bonus, albeit at the slight expense of external looks.

The first ‘Revised L’, Chianti, was built by the Jefferson Brothers of Hessle in East Yorkshire in 1956, and eight more were later built by yards in the Solent. The most recent was launched in America in 1994.

The Lymington L-Class was
the eighth design to leave the Laurent Giles office. The ‘Revised L’ was the 203rd.

Wind Song, left, the fourth Lymington L-Class to be built, was destroyed in a fire. She is thought to be the only one of the original 18 that has been lost. 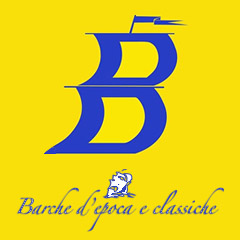 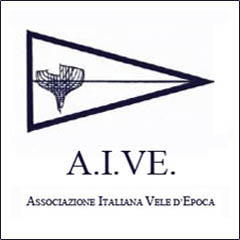 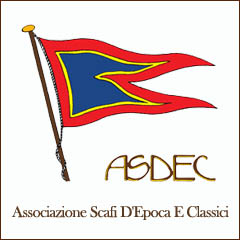