The AC75 is one of the most futuristic sailing boats in history and could be the fastest monohull ever by the time America’s Cup racing wraps up in 2021.

Its extreme design is pushing the engineers and designers to the limits of current technology, but the 36th America’s Cup is not just a technology race.

The AC75 will be challenging and demanding to sail, with decisive race manoeuvres difficult to execute, making the demand on the sailors greater than ever before. To achieve the maximum performance, an America’s Cup sailor needs to be among the best.

It’s no coincidence then that collectively, America’s Cup teams won 11 medals in the last  3 months. World races such as the European Championships, the World Cup Series and iconic Olympic regattas like the Trofeo Princesa Sofia. 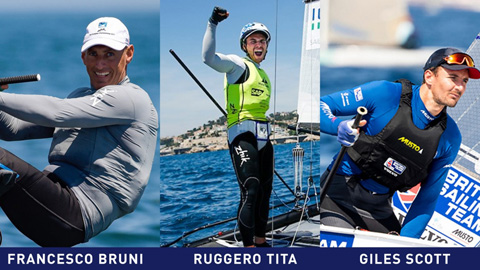 One of Challenger of Record’s key sailors Francesco “Checco” Bruni  won the Moth European Championship in Portugal at the end of May, with new team member Ruggero Tita, earning the bronze medal in the Nacras during last week’s World Cup Series Final in Marseille.

The Defender has a few golden boys as well. Andy Maloney and Josh Junior collected five medals between them from three regattas, confirming themselves at the top of the Finn Class. On top of winning in Marseille, Maloney was first in Palma and second at the European Championships, while Junior was third in Palma and second in France. Peter Burling and Blair Tuke also got their winning form back on track coming first at the European Championship in Weymouth in May, after a 3rd at Genoa’s World Cup earlier in April. 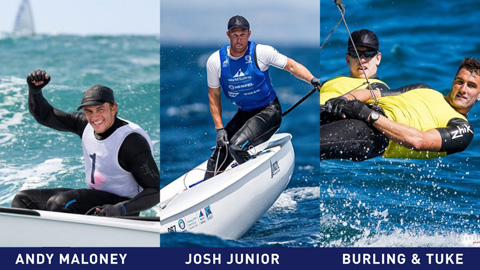 More medals are surely to come as a full racing schedule lays ahead for the America’s Cup sailors who are squeezing in a Tokyo 2020 Olympic Campaign alongside their America’s Cup commitments.