Torbole, 8 August 2022 - Twelve international teams are getting ready to compete in Act 4 of the 69F Youth Foiling Gold Cup 2022 in Torbole at the northern end of Lake Garda in Italy. Competition will take place from 9 to 14 August out of Torbole, renowned as one of the world’s great venues for high-performance sailing - and high-speed foiling in particular. 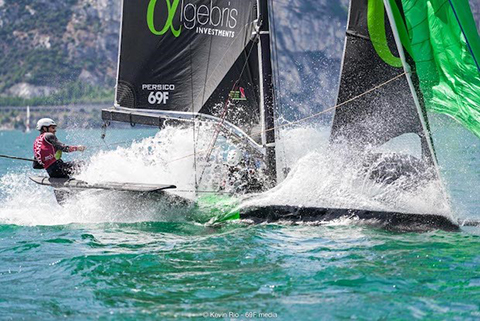 Lake Garda holds a special place in the hearts and minds of everyone associated with the Persico 69F class. This was where the hard yards and much of the development work went into refining the details of this pioneering three-person foiling machine. As one of the best lakes in the world for flat-water and strong-wind conditions, the under-25 crews are looking forward to some fast and furious competition on the legendary waters of Garda.

So far this season there have been three different winners at three events on the Youth Foiling Gold Cup circuit: 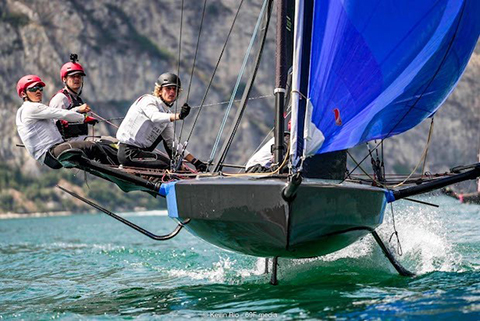 However, at last season’s event on Lake Garda almost exactly 12 months ago it was DutchSail - Janssen de Jong who showed their mastery of the conditions. This year there are two teams - a mixed and a girls crew - representing the Dutch squad. Both teams will be coached by Olympic medallist and Volvo Ocean Race veteran Annemieke Bes, whose experience will surely benefit her young protegés. “I haven’t seen the team race at Lake Garda, but I was with the team in Palermo last year,” said Bes, who is trying to create as cohesive a unit as possible in the short time they have together. 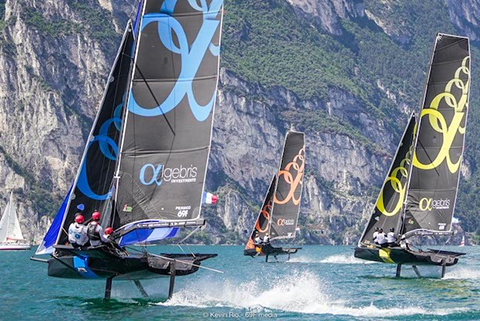 Picking up from the work that former Finn Olympian Pieter Jan Postma did with the team last year, Bes believes the sailors have the raw skills to do well at Garda. “This year they have sailed a lot but not always with the same team because of Olympic campaigns and study commitments. The girls’ team is brand new, so it will be really exciting to see them race for the first time. Who wouldn’t be excited! I think the 69F is a super-cool foiling class and really making itself noticed at the high-performance end of sailing competition.”

While Garda is well known to any competitive sailor, for Sydney Lange it will be her first time racing on the lake. “I’m really looking forward to sailing on Lake Garda as it is known for windy conditions,” said the 15-year-old, who is running flight control on the Persico 69F for the San Francisco Flyers. “I have grown up sailing in San Francisco Bay, so heavy weather sailing is right up my alley. If Garda is as windy as they say then sailing there should be a blast. 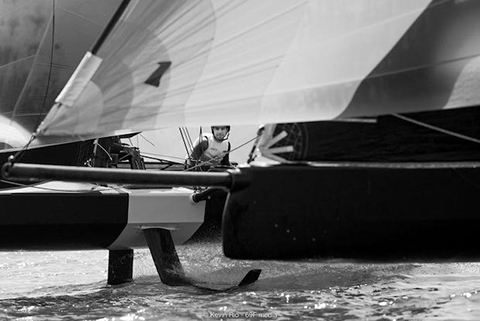 “I absolutely love the adrenaline and  learning experience I get from sailing 69Fs. I love racing against and getting to know the incredible sailors on this race circuit. I have been training intensively the past year for this event.


"My skipper, Caspar, and I spent two weeks earlier this summer at Oakcliff Sailing in New York, working on our skills and communication. This year we have been through a lot of trial and error and I feel we have learned a lot. Now it’s time to apply what we’ve learned. I can't wait to get out there and tear it up!” 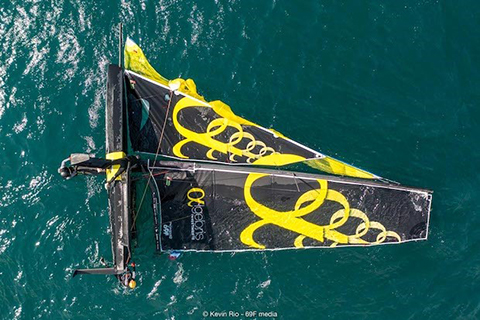 What worked at one event may not be enough to succeed at the next, that is the challenge of competing in a relatively new class where the standard and the learning curve continues to go up and up. With 12 hot teams on the start line, winning Act 4 on Lake Garda will be one of the toughest challenges yet on the 69F circuit. 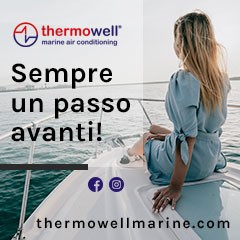